Bushra shares a glimpse into her youth

* Ansari has shared a picture on Instagram from 1977, from her first major drama serial 'Rishtay aur Raastay' 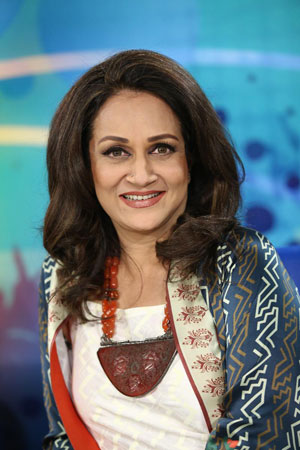 Veteran performer Bushra Ansari often likes to open a window to the past on social media. This time she took her followers four decades back.

Ansari has shared a picture on Instagram from 1977, from her first major drama serial ‘Rishtay aur Raastay.’

She was 21 when she landed the role.

In an earlier picture, Ansari looked like a postcard for a fashionable young woman of the 1980s.

In her caption, the actress wrote in Urdu, “What an age it was, what a time it was.”

One user compared her to Indian actress Reena Rai while another added “You seem to be missing the old days a lot.”

She was 21 when she landed the role

Ansari started her career as a child star in the 1950s. After that, she demonstrated the calibre of her acting in the popular comedy drama ‘Fifty Fifty’ while also being known for her singing ability.

The actress is currently starring in ‘Zebayesh,’ of which she is also the writer. Other cast members directed by Iqbal Hussain include Asma Abbas, Zara Noor Abbas, Asad Siddiqui and Shabir Jan.