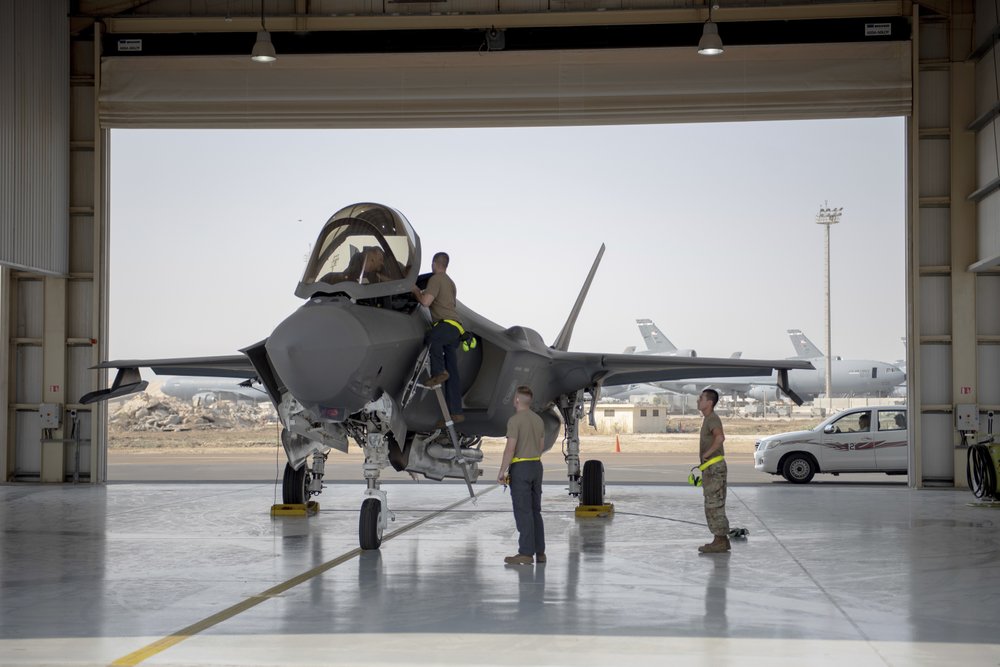 WASHINGTON: The US Senate fell short Wednesday in trying to halt the Trump administration’s proposed $23 billion arms sales to the United Arab Emirates, despite bipartisan objections to the package of F-35 fighter jets and drones stemming from a broader Middle East peace agreement.

Senators argued the sale of the defence equipment, which Secretary of State Mike Pompeo formally authorised last month after the Abraham Accords normalising relations with Israel, was unfolding too quickly and with too many questions. The administration has billed it as a way to deter Iran, but UAE would become the first Arab nation — and only the second country in the Middle East, after Israel — to possess the stealth warplanes.

“Can a lasting peace be purchased with more weapons?” said Senator Rand Paul in a speech ahead of the vote.

Congress has shown a willingness to confront Trump in one main area — on defence policy. But on Wednesday the effort to turn back the arms sales failed to reach the 51-vote majority needed for passage. Trump was expected to veto the two resolutions anyway.

The showdown over the sale, alongside sweeping bipartisan support for the annual defence bill despite Trump’s threats to veto it, is potentially a final power play between the executive and legislative branch in the final weeks of Trump’s presidency. The Senate will take up the broader defence bill soon.

Action is halted for now, though the House, where Democrats have control, would likely be able to pass them easily.

Senator Chris Murphy said in a statement after the vote he was eager to work with President-elect Joe Biden’s administration “to take a closer look at each of these sales before any transfers are completed”.

Murphy said the UAE’s track record in war-torn Yemen and Libya and its “complicated” relationships with China and Russia raise more questions than answers.

“I’m not here to say that we shouldn’t be in the security business with UAE,” Murphy, a member of the Senate Foreign Relations Committee, said during the debate.

But, he said, “without resolving those issues, is this the moment to be selling for the first time ever F-35s, armed drones into the heart of the Middle East?”

The arms sale emerged after the US-brokered the Abraham Accords to normalise relations between the UAE, Bahrain and Israel.

In notifying Congress last month, Pompeo said the authorisation of the sale was in recognition of the “deepening relationship” with the UAE and its need to deter threats from Iran.

Pompeo said the “historic agreement” reached with the Abraham Accords offered a “once-in-a-generation opportunity” to transform the region’s “strategic landscape.”

The sale, worth up to $23.37 billion, includes dozens of F-35s, advanced armed drone systems and a package of air-to-air and air-to-ground munitions. It may not become final until next year.

Senator Bob Menendez of New Jersey, the top Democrat on the Foreign Relations Committee, said a list of questions senators sent to Pompeo and then-Defense Secretary Mark Esper about the arrangement remains unanswered.

A classified briefing for senators did not appear to adequately answer their questions.

“We must assert our congressional prerogative,” Menendez said. Voting “sends a message to the executive branch.”

On Wednesday, senators narrowly rejected one resolution to disapprove of the F-35 sales, 47-49, and the other over the sale of armed drones, 46-50, in procedural votes largely along party lines. That’s far short of the two-thirds majority that would have been needed to overcome a potential presidential veto.

Even after Wednesday’s setback, Congress is poised to approve the sweeping annual defence bill despite Trump’s objections.

Trump has warned he would veto the bill over a provision to study stripping the names of Confederate leaders from US military bases. He also wants lawmakers to include an unrelated provision to clamp down on the big technology companies over what Republicans, and some Democrats, say is unfair treatment on social media platforms like Twitter and Facebook. But lawmakers say the tech provision doesn’t belong in the defence policy bill.