Veena Malik lied to me about everything: Asad Khattak 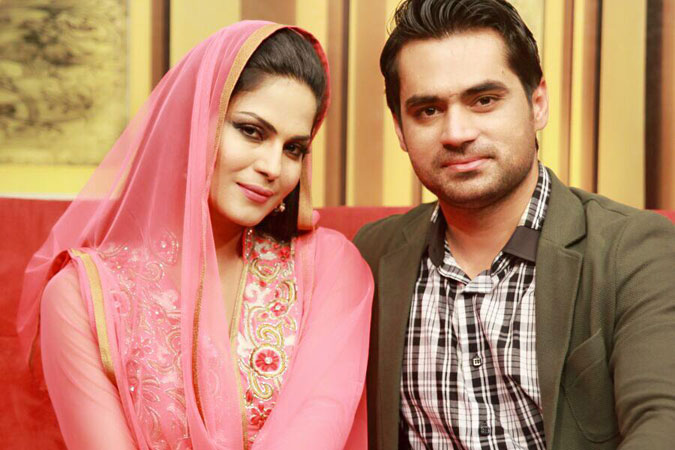 Pakistani actor Veena Malik’s ex-husband Asad Khattak says he tried his best to bring the actor on the “right path”.

Khattak released a video statement on Monday, accusing the actor of lying to him about everything.

Last month, Malik was served a legal notice by her ex-husband for taking their two children to Pakistan illegally.

In his recent video message, he said he met Malik at the Dubai consulate and they got married in eight days.

“Everyone asks me why I married Veena Malik? Veena was criticised for tarnishing Pakistan’s image. As a Muslim, I married Veena to bring her on the right path,” Khattak said.

Regretting that “he tried his best to mend things” between the two, Malik’s ex-husband said it is unfortunate that the wedding could not last for long.

Alleging that the former actress is mistreating his children, he said: “Veena lied to me about everything.”

Khattak had tweeted earlier saying about his two children being ‘illegally’ taken from Dubai to Pakistan.

The duo had tied the knot in 2013. They parted ways just a few years later.