Japan has retrieved a space probe from Australia’s remote outback after a six-year mission that may help reveal more about the origins of the planets. 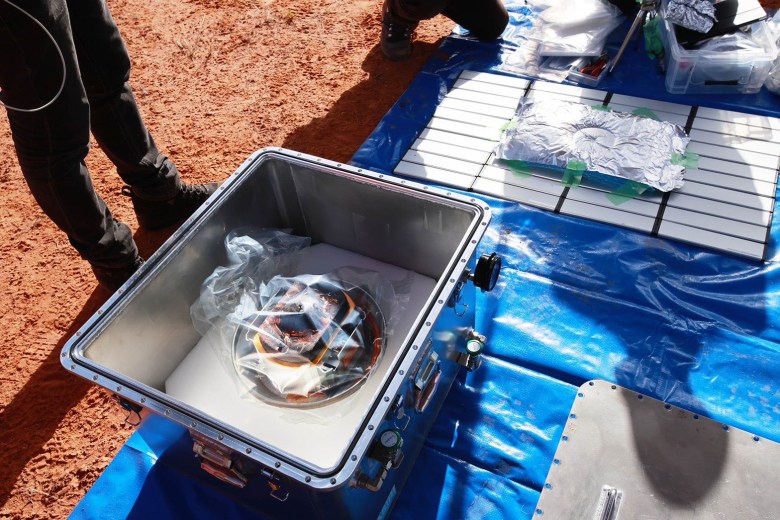 A small capsule from the unmanned Hayabusa2, carrying the first extensive samples of dust from an asteroid, was flown by helicopter from the outback to a domestic research facility of the Japan Aerospace Exploration Agency (JAXA).

The samples were snagged millions of miles from Earth by Japan’s Hayabusa2 mission, which studied the 3,000-foot-wide (900 meters) Ryugu up close from June 2018 to November 2019. The spacecraft’s mission seeks to answer some fundamental questions about the origins of the solar system and where molecules like water came from.

The spacecraft, launched from Japan’s Tanegashima space centre in 2014, took four years to reach the asteroid Ryugu before gathering a sample and heading back to Earth in November 2019.

Asteroids are believed to have formed at the dawn of the solar system, and scientists say the sample may contain organic matter that could have contributed to life on Earth.

Having the samples here on Earth is key; scientists in well-equipped labs around the world can scrutinize the cosmic rock in far greater detail than Hayabusa2, or any other probe on its own in deep space, ever could. The returned material’s purity is also a major selling point. Researchers already have access to many meteorites, but these “free samples” of asteroids have been significantly altered by their trip through Earth’s atmosphere and their time on our planet’s surface.