While Biden can remove most sanctions by executive order, he would be certain to face intense opposition 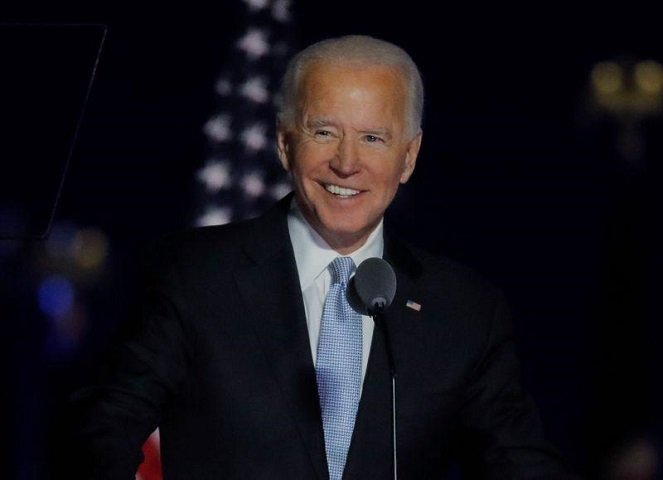 WASHINGTON: President-elect Joe Biden has signaled he will return the United States to a nuclear accord with Iran before quickly launching talks on other concerns, reviving diplomacy to ease soaring tensions.

In his most substantive remarks on Iran since his victory, Biden told The New York Times that he still backed the 2015 deal negotiated under Barack Obama from which defeated president Donald Trump withdrew.

Biden told the newspaper’s columnist Thomas Friedman that “it’s going to be hard” but that if Iran returned to compliance, the United States would rejoin the agreement.

The top US priority should be to prevent an Iranian nuclear weapon, Biden said, explaining, “The last goddamn thing we need in that part of the world is a buildup of nuclear capability.”

After re-entering the agreement, “in consultation with our allies and partners, we’re going to engage in negotiations and follow-on agreements to tighten and lengthen Iran’s nuclear constraints, as well as address the missile program.”

Biden also seeks to address US concerns about Iran’s support to militants in Iraq, Yemen and Lebanon and to the Syrian regime.

A return to the agreement, known formally as the Joint Comprehensive Plan of Action (JCPOA), would delight US allies in Europe which note that Iran was in compliance until Trump pulled out.

Friedman wrote that Biden also wanted to bring into discussions Iran’s US-allied Arab neighbors such as Saudi Arabia that have been critical of US engagement with their neighbor.

Staunchly opposed to the agreement is Israel, which was widely suspected in the assassination Friday on the outskirts of Tehran of Iran’s leading nuclear scientist, Mohsen Fakhrizadeh.

Analysts widely expect Biden to use the sanctions, which include US attempts to stop all of Iran’s oil exports, as leverage, at least initially.

“No one that I can think of in Iran thinks Biden is going to be a pushover,” said Alex Vatanka, director of the Iran program at the Washington-based Middle East Institute.

“They’re expecting him to come in and try to milk the situation as much as he can. But he’s more realistic and, more important, he’s someone who hasn’t called them names, so you don’t lose face by talking to him,” he said.

Ironically, Vatanka said, Iran may have secured a more favorable deal with Trump, who was famously eager to showcase diplomatic victories but was toxic by seeking to “humiliate” Iran.

Outgoing Secretary of State Mike Pompeo had insisted that the 2015 deal was dangerously narrow and demanded that Iran stop missile activity and regional proxies — conditions that went unmet and were seen by many as code for seeking to topple the regime, an arch-nemesis of Washington since the 1979 Islamic Revolution.

Vatanka said that Biden, like Obama, “loses sleep not over what Iran is doing in Syria but over Iran’s nuclear program.”

Naysan Rafati, senior analyst on Iran at the International Crisis Group, agreed that a return to the JCPOA is “not a sacrifice on the other issues” but a “prioritization of what can be addressed first.”

“It seems as though the president-elect and his team have come to the conclusion that strengthening the floor of the JCPOA is a better method to address those other things rather than putting all of the issues up for consideration and risking a resolution of none of them,” he said.

While Biden can remove most sanctions by executive order, he would be certain to face intense opposition.

In the run-up to leaving office, the Trump administration has been redoubling sanctions on Iran, including on human rights and proliferation grounds, believing such measures are more politically difficult to lift.

Nikki Haley, Trump’s first ambassador to the UN widely seen as a future presidential candidate, reacted to Biden’s interview by saying it would be a “huge mistake” to “go running back into the arms of Iran’s ayatollahs.

Iran in turn holds presidential elections in June in which the favored candidates are hardliners who say it was a mistake ever to trust the United States.