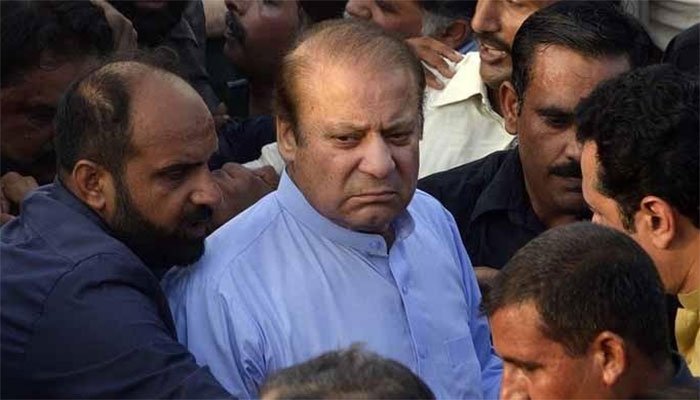 Justice Aamer Farooq said the court will pass a short order regarding the proclamation of the convicted former premier and will also issue show-cause notices to the sureties.

Aijaz Ahmed told the bench that he had visited the Model Town residence first where he met the security team. He added that he informed them of the advertisements and also shouted Nawaz’s name loudly.

“The same was done at the Jati Umrah residence,” the FIA official informed the bench. He added that the FIA team has also submitted  pictures of the visits.

After listening to their statements, Justice Farooq said that the court will issue orders on the basis of the evidence.

“What should we do now?” he asked NAB’s Additional Prosecutor General Jahanzaib Bharwana.