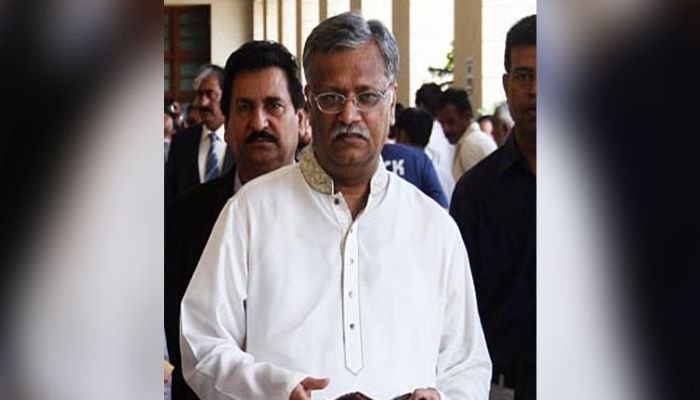 The MQM leader had recently returned to Islamabad earlier this month from Dubai after spending over six years abroad. He was admitted to a private hospital where he passed away.

According to the National Command and Operation Centre (NCOC), the national tally of cases now currently stands at 398,024 and is set to pass the grim 400,000 landmark. The positivity rate has reached 8.5 percent in a day.

In the past 24 hours, 40 more people succumbed to the disease, taking the death toll to 8,025. Over 2,046 patients are in critical condition in hospitals across the country while 1,613 patients have recovered from the virus during the last 24 hours.

A total of 33,302 tests were conducted across the country during this period. 341,423 people have recovered from the deadly disease while 5,508,810 samples have been tested thus far.