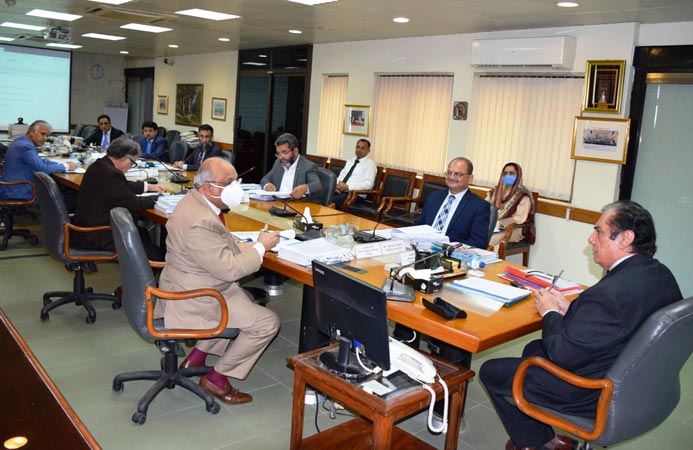 A high level meeting of National Accountability Bureau (NAB) was held which was chaired by Honourable Mr Justice Javed Iqbal, Chairman NAB at NAB Headquarters to review overall performance of NAB. Chairman NAB expressed satisfaction on the overall performance of NAB saying that NAB has put its energies together to take cases to logical conclusion as per law. NAB has succeeded in recovering directly or indirectly unprecedented Rs 363 billion from the corrupt elements in the last two years and the recovered amount was also deposited in the national exchequer.

Chairman NAB said encouraging results of the policy of awareness, prevention and enforcement has already started pouring in. NAB is an effective anti corruption institution – doing effective measures of eradication of corruption from the country. NAB has concentrated on pursuing corruption, misappropriation in government funds, abuse of authority, money laundering and cheating the people at large cases.

Under the leadership of incumbent chairman – NAB has become an active institution against corruption. The overall performance of NAB has also been enhanced. NAB has adopted monitoring and evaluation system for improving its performance. Collective wisdom of NAB officers is being utilized for conducting complaint verifications, inquiries, and investigations and concluding the cases after collecting concrete evidence against the culprits. This has improved the quality and standards of investigations.

Executive Boards and Regional Boards have been constituted for transparent and independent decision making process that too in light of legal aspects of the case.

Chairman NAB said that NAB’s priority is to eradicate corruption, recover the looted money and to return of the looted money of the people. Faith of NAB is to ensure corruption free Pakistan. Reputed international institutions especially the World Economic Forum, Transparency International Pakistan have lauded NAB’s awareness and prevention policy which is honour for the bureau.

Chairman NAB has directed the concerned to conclude the complaint verifications, inquiries, investigations as per law ,so that the looted money could be recovered and be deposited in the national exchequer.