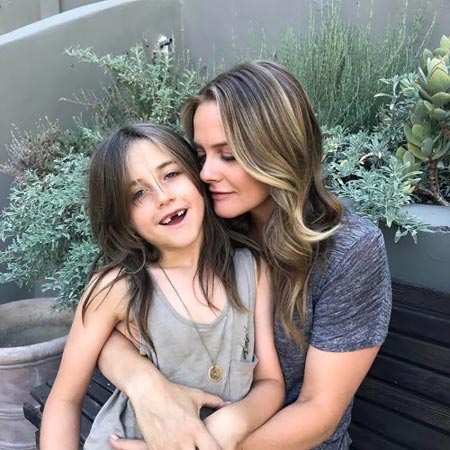 Long hair? As if! Alicia Silverstone revealed that her nine-year-old son Bear had opted for a much shorter hairstyle heading into the holiday season.

The actress, who shares Bear with ex-husband Christopher Jarecki, posted a video to her Instagram showing off the official cut and his reaction to getting rid of his long locks.

In the video, Bear remarks that he’s “nervous” but also “so excited” to part with his long hair. He then bravely gets one side chopped off and looks shocked but excited for the rest. After bravely sitting through

a cut and style, his final trimmed down look was revealed—and he looked as happy as can be.

“Yes, It’s true. Bear cut his hair!! My baby’s growing up,” Alicia shared alongside the video. “I miss his hair!!!!! Was it his decision? Yes. Did I cry inside as I watched him get it cut? Maybe… but did I try to stop him? Not for one second.”

As it turns out, the decision to transform his look came all from Bear himself. “The reason he chose to keep it for as long as he did was because he loved it so much!!! He just wanted to try something new,” she explained. “Although I have a feeling he’ll find a way back to his long hair again in the future. No matter what though, I will always support my sweet, caring, and precious little boy in every decision he makes.” Fans initially asked about Bear’s transformation after Alicia posted a video with him earlier this week where he was rocking a visibly shorter look than before.