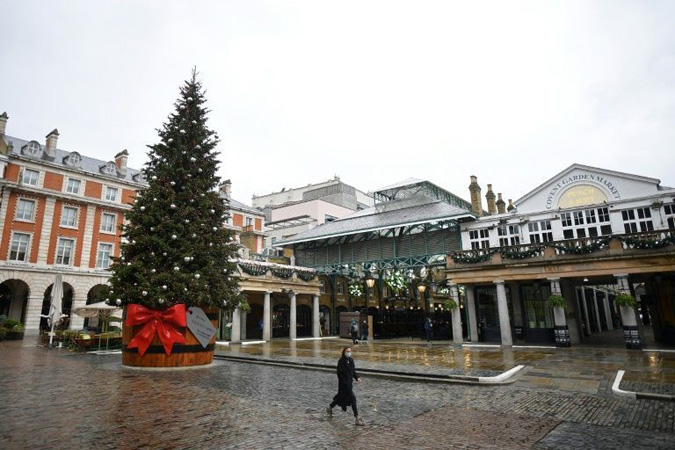 Asian markets mostly rose Friday but traders trod uneasily as they were caught between long-term optimism over a virus vaccine and the immediate horror of surging virus infections and deaths across the world.

Trading floors were also battling a similar problem with Washington as the Treasury and Federal Reserve knocked heads over extending lending measures, just as lawmakers prepared to restart stimulus talks.

Breakthroughs on a drug to fight coronavirus, along with Joe Biden’s election win, have fired a rally in global equities this month as investors bet that life can begin to get back to a semblance of normality in the new year.

But the wind has been taken out of their sails by a stream of desperate figures showing the disease running wild, setting new records in the United States and Europe while spiking in several other countries.

And as the northern hemisphere heads into winter, there are fears things will only get worse, with governments including in France and England already forced to impose fresh lockdowns.

Major US cities such as New York have put strict containment measures in place and on Thursday California announced a curfew across the vast majority of the state.

Meanwhile, Tokyo has raised its virus alert to the highest level.

“There’s the push-pull of short-term versus long-term and that’s what investors are looking at right now,” Chris Gaffney, at TIAA Bank, said. “There are some very serious risks in the short term, especially with the lockdowns.”

Hong Kong, Sydney, Shanghai, Seoul, Singapore and Manila were all up but Tokyo, Wellington and Taipei slipped.

Investors are also keeping an eye on Washington, where talks are due to resume on a new, desperately needed rescue package for the world’s top economy.

While Republicans do not look likely to back down on their demands for a small stimulus and Democrats are calling for a multi-trillion-dollar deal, observers say news that they are back at the table is positive.

Still, OANDA’s Edward Moya said: “A lot will need to go right, but the economic pain of many small businesses across several industries should keep Congress motivated in getting a deal done.

“Republicans and Democrats could compromise and reach a deal around $1 trillion, but they will also need to get President Trump’s approval.”

However, the Treasury on Thursday refused to extend emergency lending measures set up with the Federal Reserve aimed at countering the coronavirus downturn, complicating the process.

Treasury Secretary Steven Mnuchin’s decision means the facilities aimed at the inner workings of the US financial system will expire at the end of the year. He did approve 90-day extensions for four other major programmes.

He said the $455 billion it would free up could be spent elsewhere by lawmakers.

But the Fed pushed back, saying it “would prefer that the full suite of emergency facilities established during the coronavirus pandemic continue to serve their important role as a backstop for our still-strained and vulnerable economy”.

Analysts said the news jolted traders as the vast sums of cash promised by the US central bank as a backstop had been a major pillar of support for markets and helped fuel a recovery from their March trough.

Earlier Thursday, the head of the Dallas Federal Reserve, Robert Kaplan, warned the virus resurgence could cause the US economy to shrink again in October-December, having seen a record expansion in the third quarter.

“If you’d asked me a month ago, I would have said we’re going to grow in the fourth quarter, as much as four or five percent annualised, but… with this resurgence, I think the risks are all (to) the downside,” he said.