Funeral prayers of Khadim Rizvi to be offered today 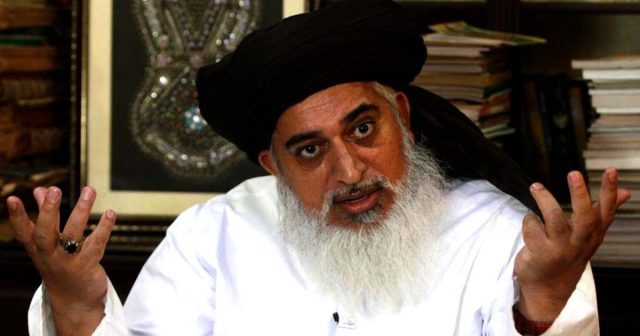 Khadim Hussain Rizivi, chief of Tehreek-e-Labaik Pakistan (TLP) who passed away on Thursday night will be laid to rest on Saturday (today).

His funeral prayers will be offered 10 am in morning at the Minar-e-Pakistan ground while sources said that his party is considering to bury him in Lahore.

Police has finalized a security plan for his funeral prayers as his body will be brought to Sabzazar cricket ground from his home by an ambulance where the body will be shifted to the Minar-e-Pakistan ground in a government helicopter.

The TLP, is deliberating upon to bury its chief in Lahore instead of Attock, his hometown.

Renowned religious scholar and founder of Tehreek-e-Labbaik Pakistan Khadim Hussain Rizvi had passed away on Thursday at the age of 54. According to the family sources, the religio-political leader had been suffering from longstanding ailments. Rizvi reportedly had a high fever and was admitted to Lahore’s Shaikh Zayed Hospital, confirmed the family. Rizvi was born in Attock district on June 22, 1966. For his early education, he studied Hifz and Tajweed from a madressah in Jhelum and later on studied from the Jamia Nizamia Rizvia in Lahore. In 2015, he founded a political party called Tehreek-e-Labbaik Pakistan (TLP).