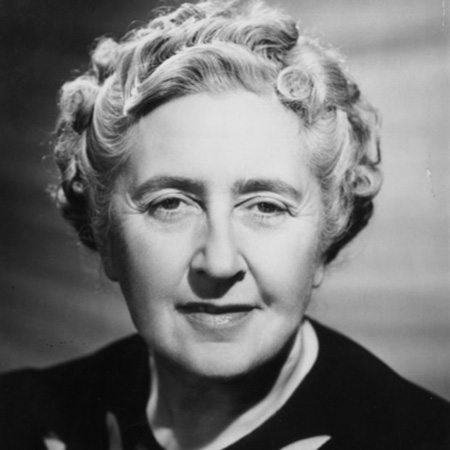 The plot only thickens into something extraordinary when you are reading a novel written by Agatha Christie.

The suspense seems to creep inside your skin. The mystery makes you curious that you forget if you are reading a book or living a part of the character’s life. The questions keep pouring into your mind. Her words remain simple, yet her plot becomes a grand orchestra where each character is playing a significant role that keeps building the chaos and confusion; mystery and mayhem until the last chapter – until the last word.

Agatha Christie’s novels are a world apart. The Mysterious Affair at Styles was her first novel published in 1920. The story was about Emily Inglethorp who died of poisoning. In the novel, Christie introduced a detective, Hercule Poirot, who goes on to solve the case upon the request of Arthur Hastings. Hercule Poirot, perhaps one of the prominent characters was created by Christie, who appeared in 33 of her novels and over 50 short stories.

The Secret Adversary (1922), The Murder on the Links (1923), The Big Four (1927), Peril at End House (1932), Murder on the Orient Express (1934), A Caribbean Mystery among others are popular novels of Christie. Considered as the Queen of Crime, she became the first recipient of the Mystery Writers of America’s Grand Master Award in 1955. At the 2000 Bouchercon World Mystery Convention, she was named as the Best Writer of the Century. Her books with Hercule Poirot as the main character were named Best Series of the Century.

The Secret Adversary (1922), The Murder on the Links (1923), The Big Four (1927), Peril at End House (1932), Murder on the Orient Express (1934), A Caribbean Mystery among others are popular novels of Christie. Considered as the Queen of Crime, she became the first recipient of the Mystery Writers of America’s Grand Master Award in 1955. At the 2000 Bouchercon World Mystery Convention, she was named as the Best Writer of the Century. Her books with Hercule Poirot as the main character were named Best Series of the Century

In popular culture, Christie holds an iconic place in the list of authors. Her works have made a profound impact on the genre of mystery and crime. Her 72 novels including 66 mystery novels and six romance novels along with numerous short story collections are considered one of the best. Her success came from the characters she made. They were relevant to the story, had a realistic appeal to them, connected with the readers, and were memorable. Miss Marple or Jane Marple is a consulting detective appearing in many of Christie’s novels. She holds a similar place in her novel as that of Hercule Poirot.

One of Christie’s most popular work is Murder on the Orient Express (1934). The story is about a murder that takes place on a train. The murderer, one of the passengers, remains hidden in plain sight until the very end. The novel can be read as a case study to learn Christie’s writing style and how she keeps the readers guessing who is the murderer.

Christie was good at creating and progressing the creative plot. She knew how to structure the plot and keep it expanding with each passing scene. Psychology was also an important facet she was good at. As a crime writer, she had to think like a murderer and write dialogues and scenes that concealed the truth but kept the story progressing towards the end – when the truth of the crime or the mystery is revealed. Christie’s writing style does not make the readers feel they are reading a novel. It seems as if they are a part of a play. The scenes unfold in their minds that keep connecting the dots. However, it is not easy for them to track the culprit’s tracks. Christie uses twists and turns with elegance. Christie’s novels commonly and most profoundly use the writing technique of ‘whodunnit’, a colloquial elision of Who has done it? It is plot-driven novel where the questions and actions are directed at finding the person who has committed the crime.

Agatha Christie had the talent to hide the real culprit until the end. This means she had to draft the story from the end. Before writing, she would need to figure out who is the criminal and how to have the character hidden while the character still interacts with other characters in plain sight. This shows Christie’s elaborate planning before actually going about writing her novels. There is a trend observed in Christie’s novels. A character finds about a murder and a private detective is called to investigate. The detective collects pieces of evidence, ask questions from the victim’s friends and family members, and connects the dots. A list of suspects then comes into view. By this point, the readers have a fair idea of who might be the culprit. But then, Christie adds a twist and kills off the main suspect. This puts the readers into a state of shock and paradox as they retrace the clues, questions, and evidence to ascertain the culprit. While Christie has used the same technique in most of her novels, it feels a fresh take every time readers read them. Agatha Christie possessed the uncanny ability to write different stories with memorable characters from the same theme and genre of crime and mystery.