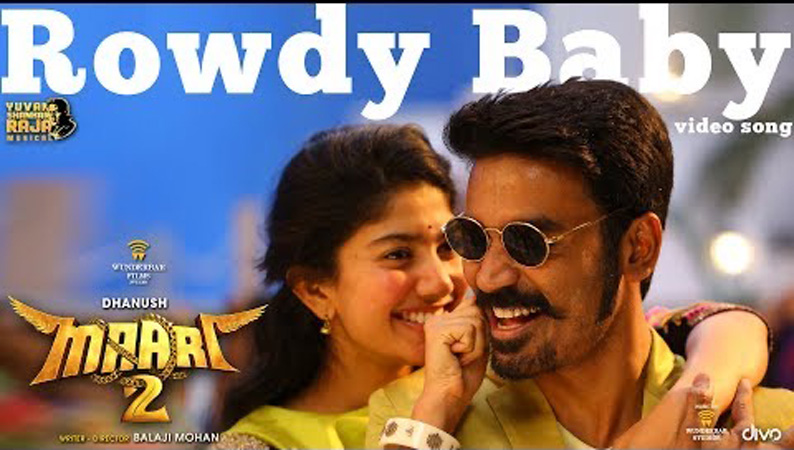 It has become the first South Indian song to achieve this rare feat, and to share this great news with fans, Dhanush tweeted a while back. He wrote: What a sweet coincidence this is Rowdy baby hits 1 billion views on same day of the 9th anniversary of Kolaveri di. We are honoured that this is the first South Indian song to reach 1 billion views. Our whole team thanks you from the heart.”

Raja Yuvan too tweeted and expressed his gratitude towards fans for liking this song so much. It was a sweet surprise for me when I was notified by my fans, that the Rowdy Baby has created another milestone, & has reached billion views, Alhamdulillah. Thanking everyone on this..

Dhanush and Sai Pallavi’s song ‘Rowdy Baby’ is from ‘Maari 2’, which is a sequel to 2015 blockbuster ‘Maari’.

The peppy track has been sung by Dhanush and Dhee. The lyrics are by Poetu Dhanush and the music is composed by Yuvan Shankar Raja. Veteran dancer Prabhudheva has choreographed the number. ‘Maari 2’ has an interesting ensemble star cast with the likes of Dhanush, Varalaxmi Sarathkumar, Sai Pallavi and Vidya Pradeep among others. The film released on December 21, 2018. Tovino Thomas will be seen playing a negative role in ‘Maari 2’. The film has been directed by Balaji Mohan who previously helmed the original. The 2015 hit starred Dhanush and Kajal Aggarwal in lead roles.