Vision for an energy secure Punjab 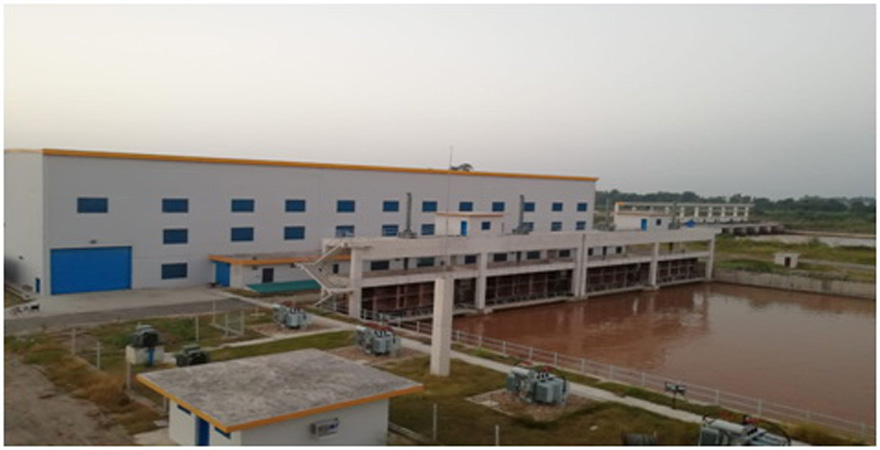 Energy is an essential ingredient of socio-economic development and economic growth. Over the past two years the PTI government which came to power on the promise of increasing economic development has made large strides in ensuring an enhanced supply of commercial energy. Currently Pakistan produces a total of 33,961 MW of energy. Over half of Pakistan’s generation capacity is met by Punjab which is responsible for producing 16,322 MW and consumes 70% of all electricity produced within the country. Punjab’s current electricity consumption lies around 16,915 MW and is projected to reach 24,038 MW by 2027/28 resulting in an increased demand of around 7,123 MW.

There are many challenges which Punjab therefore, faces in it its ability meet this increased future demand. Historically, Pakistan has always been an energy importer and is highly dependent on fossil fuels. The power supply of the country is dominated by thermal power, which constitutes over 60 percent of the total installed capacity. With the rising fossil fuel prices, the cost of importing oil has created a dent in Pakistan’s foreign exchange reserves. One solution can be found in renewable energy but it too has its own set of challenges. Pakistan does not have the current technical capacity to ingeniously manufacture equipment necessary for renewable energy. Solar power is also not yet at a stage where it can be used to power the grid twenty-four hours a day. Another major issue which the province faces is the recovery against electric bills and an on-going campaign against electricity theft. The economic impact – particularly on Punjab’s industrial sector – of the energy crisis is increasingly coming to light, and dissuading foreign investment, something which the current government is keen on rectifying.

Expansion of electricity generation to meet rising demand and reduction of power outages are a core feature of the Punjab Growth Strategy- 2023 which focuses on enhancing productivity of the micro, small and medium enterprises. A stable energy supply based on home-grown energy resources/reserves is crucial for the development of Punjab. The government understands that the stable energy supplies to meet future demands will depend on power generation from sustainable energy sources.

The Honorable Chief Minister is set to transform Punjab’s Energy landscape by working under a new vision of provision of renewable energy for Punjab. As per this vision, concrete steps have been undertaken by this government to reduce tariff rates via investments in renewable energy. There has been significant increase in renewable energy’s share of the energy mix from 5% to 25% within the past six years, and is expected to reach 30% by 2030.As per the direction of Provincial Minister Energy, Dr. Muhammad Akhtar Malik increased focus is being placed on the solar model of power generation with schemes being rolled out for solarization of 11,000 public schools and 2,324 Basic Health units in rural areas across Punjab. In attempts to reduce the burden of electricity bills of the government, projects relating to retrofitting and Solarization of Public Institutes have been initiated which includes complete Solarization of Civil Secretariat, Chief Minister Secretariat and General Hospital. For setting up of solar plants the government plans to enter into Public-Private partnerships to scale up generation. One such exercise is being undertaken in the form of the ESCO (Energy Service Company) Model being introduced in Public Universities for solarization. The Punjab Energy Efficiency and Conservation Agency (PEECA) is currently providing assistance on this front to UET Lahore, BZU Multan and Islamia University Bahawalpur and MOUs with 13 other universities have been signed. Building a more diverse, lower cost electricity system with a greater reliance on renewable energy will provide a stronger foundation for sustainable economic growth at a time when investors regularly reference instability of electricity supply as a key constraint.

For the rural population of Punjab a major problem lies in lack of access to electricity. In order to provide electricity to these households the government has initiated a multi-step approach which includes solarization of households and exploration of hydro-electricity potential of canals in Punjab. Efforts are being made to increase awareness amongst citizens concerning the potential benefits of household solarisation as well as introducing ease of business measures in DISCOs towards this end. The solarization of household’s project holds the potential to generate 3200 MW by 2028.

In order to meet Punjab’s growing demand for electricity several joint projects with the private sector are also underway. A 135 MW Hydro-electric project at Taunsa and a 5.38 MW Hydropower project at Chianwali are under construction and estimated to be completed by 2021. Solar projects in Bahawalpur and Layyah with the combined capacity of 400 MW have also been launched along with infrastructural enhancement of Quaid-e-Azam Solar Park to attract further investment.

In its effort to supply sustainable and affordable electricity particularly to the agricultural and industries sector of Punjab the Honourable Chief Minister has also initiated the formulation of a Provincial Transmission and Dispatch Company. Due to be launched by December 2021 the provincial grid company will be of great benefit for power industrial estates and special economic zones. Similarly it will also assist in reducing Punjab’s reliance on the national grid and assist the provincial government in provision of cheaper and more reliable electricity.

The economic challenged faced by Punjab has motived the PTI government to focus on exploring indigenous solutions that will benefit the national economy by providing sustainable solutions in the longrun. With a budgetary allocation of 4.5 billion PKR for the current financial year to its energy development portfolio the Punjab government has opted for a multipronged approach to ensure reliability of electricity supply. Enhanced focus on energy conservation, facilitation of private sector investment and a shift towards a more diverse energy mix is welcomed as a very positive development which will have significant economic and energy security benefits for the country.

The writer is head of Special Monitoring Unit at CM Office, Punjab