Federal Board of Revenue issued a detailed report on an extravagant wedding event that took place in Lahore recently. The Baraat ceremony was held at Rosa Blanca Country Club, which is situated on Raiwind Road Lahore. The hosts reportedly paid Rs. 150 million to Rosa Blanca Club management for booking their premises for 120 days. The FBR report mentioned that the club, which is a private limited company registered in 2018 as per SECP record, has not yet obtained NTN certificate.

Responding to the false allegations against seasoned industrialist Gohar Ejaz, All Pakistan Textile Mills Association has protested against the Federal Board of Revenue, and has demanded an apology for malicious reporting against a law-abiding citizen, who has even been bestowed with the highest civilian award by the government. 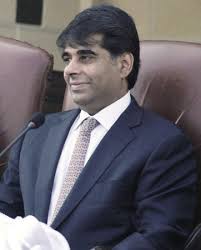 The organization has declared that Gohar Ejaz does not own Rosa Blanca Club or United Events, the company that provided catering services for the event. Furthermore, Lake City has approached Chief Commissioner Inland Revenue Lahore, to declare that neither do Rosa Blanca Club and United Events belong to Gohar Ejaz, nor Lake City has any relationship with these entities. The letter condemned false and irresponsible reporting which maligned the image of Lake City and its CEO, and requested the authorities to rectify the mistake and put the record straight to avoid any further inconvenience for Lake City management. 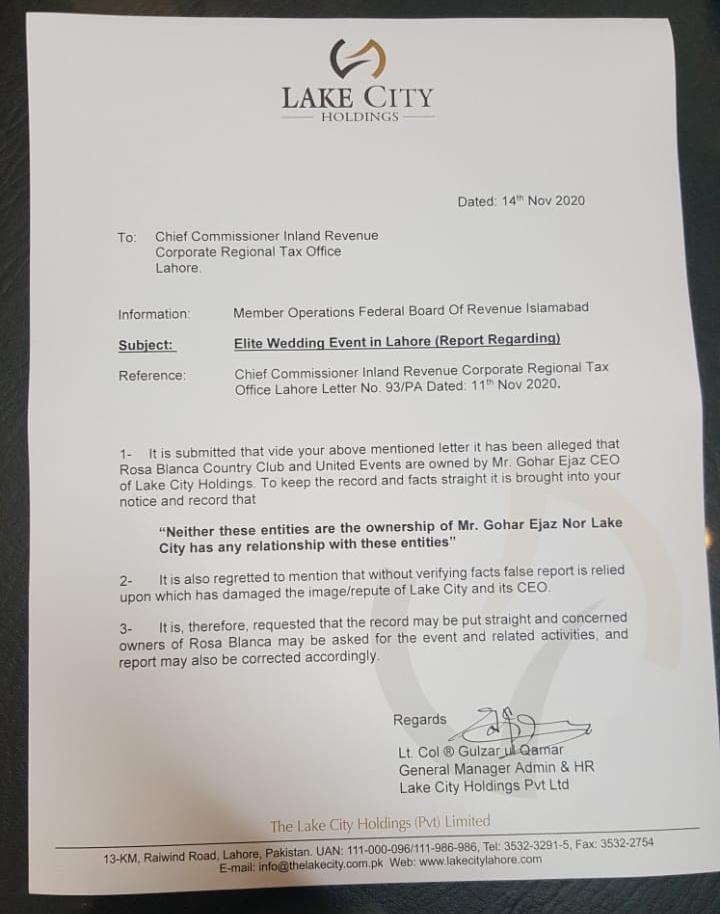 On the other hand, Rosa Blanca Club has also rejected FBR’s report. GM Rosa Blanca Club Sohail Shah said that the report of booking the club for 120 days is a lie. The club was booked for 15 days for the wedding ceremony of the daughter of director Master Tiles. He further claimed that Rosa Blanca Club is owned by Shaukat Hayat, a Pakistani residing in Spain, and the club’s registration is under process at the FBR. He added that the FBR did not bother to cross check the report before making allegations, and no one from the FBR has yet visited the club for any inquiry.