On Aditya Roy Kapur’s birthday, here are some interesting facts about the ‘Ludo’ star! 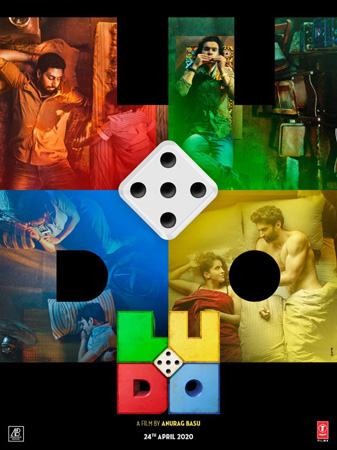 First, happy birthday Aditya Roy Kapur. The actor, who was recently seen in Anurag Basu’s ‘Ludo’, is celebrating his 35th birthday today (November 16). 2020 was a busy year for Aditya with three releases in the pipeline – ‘Malang’, ‘Sadak’ and ‘Ludo’.

He became an overnight sensation after starring opposite Shraddha Kapoor in Mohit Suri’s ‘Aashiqui 2’ and since then there has been no looking back for Aditya. In his over a decade-old career, Aditya has starred in 12 films, some of which are projects such as ‘Aashiqui 2’, ‘Yeh Jawaani Hai Deewani’, ‘Fitoor’, ‘Ok Jaanu’, ‘Kalank’, ‘Malang’, ‘Sadak 2’ and ‘Ludo’.

On Aditya Roy Kapur’s birthday, we have collated a few interesting facts about the actor which his fans must know.

– Aditya grew up in Mumbai. He graduated from St. Xavier’s College.

– He is the younger brother of film producer Siddharth Roy Kapur and actor Kunal Roy Kapur. Actress Vidya Balan, married to Siddharth, is his sister-in-law.

– Before entering Bollywood, Aditya was a famous VJ. He started his career as a VJ when he was 19.

– It was in 2009 that his first Hindi film released. Aditya Roy Kapur made his Bollywood debut with Salman Khan and Ajay Devgn’s ‘London Dreams’. He starred in a supporting role in the musical drama.

– In 2010, he again bagged a supporting role in Aishwarya Rai Bachchan and Akshay Kumar’s ‘Action Replayy’ and in the same year, he played a part in the actress’ film ‘Guzaarish’, also headlined by Hrithik Roshan.

– After 2010, Aditya Roy Kapur’s next film released in 2013, but the wait was worth it! He rose to fame with ‘Aashiqui 2’. ‘Yeh Jawaani Hai Deewani’, starring Ranbir Kapoor and Deepika Padukone, also hit the theatres later that year.

– The 2014 film ‘Fitoor’, featuring Aditya opposite Katrina Kaif, was based on Charles Dickens’ novel ‘Great Expectations’.

– In 2016, the actor collaborated with stars such as Alia Bhatt, Sidharth Malhotra, Katrina Kaif, Parineeti Chopra and Varun Dhawan for a music tour named ‘Dream Team Bollywood’. They had performed in the US.

– Post ‘Aashiqui 2’, Aditya Roy Kapur was linked to Shraddha Kapoor. However, they never opened up about their rumoured relationship.