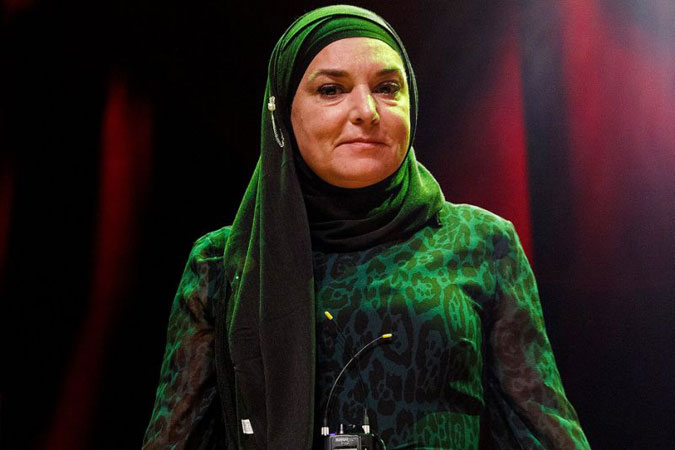 The “Nothing Compares 2 U” singer took to Twitter to announce that she would be postponing her shows originally scheduled for next year to 2022 as she’ll be seeking treatment for trauma and addiction.

“I had a very traumatic six years and this year was the end of it but now recovery starts,” the 53-year-old wrote in her initial tweet. “This year I lost someone beloved and has affected me so badly that I became briefly addicted to a drug other than weed,” she added. O’Connor then added that she had been addicted to marijuana for “a lifetime:” 34 years.

“I grew up with a lot of trauma and abuse. I then went straight into the music business,” she wrote. “And never learned really how to make a normal life.” “Never took proper time to heal. Wasn’t ready to either,” she added. (In 2017, she spoke on Dr. Phil about the sexual, emotional and physical abuse that she faced as a child at the hands of her mother.)

O’Connor then apologized to her fans for postponing her tour, asking them to hold onto their tickets. She added that the last year has also been “very traumatic” because one of her children was “unwell.” (She’s mother to sons Jake, 32, Roisin, 25, and Shane, 15.) Last year, she tweeted that her son Shane had “been missing for two days,” but was found safe soon after, IrishCentral reported.

O’Connor then asked her music business partners to support her in “taking this step toward making a life I am happy in. So that we can all make some money !!!”

“If taking this step means my career is over then so be it. As Mary Oliver says, I must save the only life I can,” she added, before revealing she’ll release a “s— kicking album” before she leaves and that her memoir is planned for June 2021.

“Treatment begins next week so I’ll still be posting here until then. Mostly about what a total twat [Donald] Trump is,” she ended her thread. “And how he’s way too stupid not to be clever. They may as well just have Putin openly in charge of America since he’s been running it for four years anyway.”

In another tweet, she assured her Irish fans that her four shows scheduled in the country will still happen as planned.

The revelation that she will be entering rehab comes a day after she said she joined a mental health support group.

The news comes just two years after she decided to revert to Islam. Speaking on Ireland’s The Late Late Show last year, the singer opened up about her decision.

“It’s a way of thinking — Islam,” she said on the show. “You can almost be a Muslim without actually, officially being a Muslim. It’s a headset. A Muslim is only a person who believes nothing in the universe should be worshipped except God.”

In recent years, the singer has struggled with her mental health, including suicidal ideation, yet said she was open about her issues in the hopes that it would inspire others suffering to seek help. In 2017, O’Connor told Dr. Phil that her mother “ran a torture chamber” and that she “took delight and a smile in hurting” her. “She would invent reasons to beat you up. … The only thing you’d be sure of every day is you’re going to get the s— beat out of you,” she told Dr. Phil. “We’d hear the steps of her waking up and me and my brother literally would pee our pants.”