US plans sanctions on Iranians for violence against protesters — sources 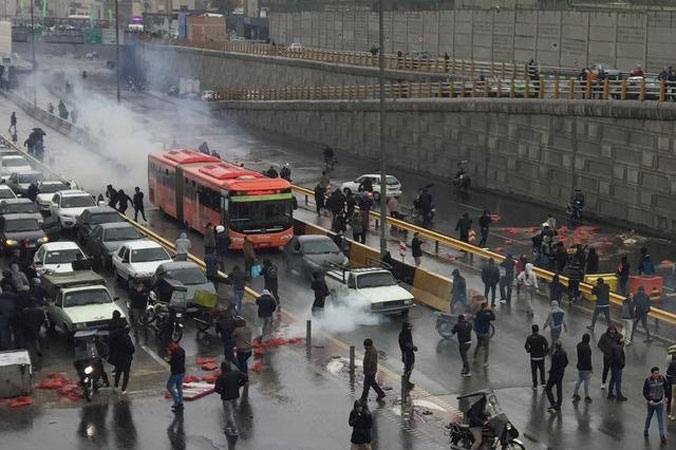 The United States is expected to impose sanctions as early as next week on Iranians involved in a violent crackdown against anti-government demonstrations in Iran a year ago, three sources familiar with the matter said on Monday.

The sources, who spoke on condition of anonymity, said the sanctions announcement was timed to the one-year anniversary of what may have been the bloodiest repression of protesters in Iran since the Islamic Revolution in 1979.

One source said next week’s designations would be a major action, covering multiple individuals as well as several dozen Iranian entities.

“If true, it will simply be indicative of the desperation of an administration whose hostility towards the people of Iran is well-known,” said Alireza Miryousefi, spokesman for Iran’s mission to the United Nations in New York, in an emailed statement.

The State Department did not respond to a request for comment on the sanctions likely to be imposed next week.

Citing three Iranian Interior Ministry officials, Reuters previously reported about 1,500 people were killed during less than two weeks of unrest that started on Nov. 15, 2019. The toll included at least 17 teenagers and about 400 women as well as members of the Iranian security forces and police.

Iran’s Interior Ministry has said around 225 people were killed during the protests, which erupted after state media announced that gas prices would rise by as much as 200% and the revenue would be used to help needy families.

The sources, who included one US official and two people familiar with the matter, said the sanctions have been in the works for months and are the latest in a long series of US penalties imposed on Iran by US President Donald Trump.

Trump two years ago abandoned the 2015 Iran nuclear deal struck by his predecessor, Barack Obama, and has since restored harsh US economic sanctions designed to force Tehran into a wider negotiation on curbing its nuclear program, development of ballistic missiles and support for regional proxy forces.

One source said Washington would blacklist people involved in the killing of civilians, while a second source said those targeted would include government and security officials. Several sources played down a media report that the Trump administration planned a flood of sanctions before President-elect Joe Biden takes office on Jan. 20. Biden, who was Obama’s vice president, defeated Trump in last week’s US election Biden has said he would return to the 2015 Iran nuclear deal, under which Tehran agreed to restrict its nuclear program in return for relief from US and other sanctions, if the Iranian government resumes compliance.