‘Churails’ is a once in a lifetime opportunity: Mehar Bano 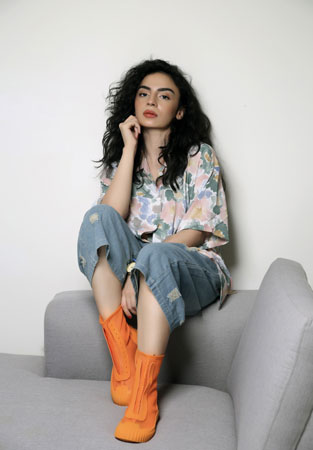 Mehar Bano has received acclaim for her performance as the headstrong boxer Zubaida in the hit ZEE5 drama-thriller Churails.

In this candid interview, we learn more about the passionate performer.

How were you as a child growing up?

I was very shy as a child.

What kind of projects appeal to you?

How would you describe the short-term ban on Churails?

Having starred in Churails, has the benchmark for Pakistani dramas and films alike been raised even higher?

Yes – I think a good precedent has been set in terms of quality now the focus should be on maintaining this standard.

Will we now see you in more projects that are as creative as Churails was?

I do hope so but a project like Churails is a once in a lifetime opportunity.

Whose artistic expression do you admire the most and why?

I really admire Ranveer Singh as an artist because his personality shines through even when he is not performing.

What is your strange habit?

I play with my hair a lot.

What is your go-to jam these days?

An app you use the most?

What does life mean to you?

Life is a series of events that occur because of the choices you make, and then you die.

Three things you would like to do more often when you are not working?

What has COVID-19 taught you?

The importance of being around people.

What is on your mind right now?

My dialogues that I have to memorize. I am at work.