LONDON: Fulham chalked up their first Premier League win of the season and climbed out of the relegation zone after first half goals from Bobby Decordova-Reid and Ola Aina helped them to a 2-0 victory over West Bromwich Albion on Monday. The result lifted Fulham two places up to 17th on four points from seven games, while winless West Brom dropped one place to 18th on three points after yet another lacklustre performance. The outcome also means West Brom have made their worst league start since the 1985/86 season while Fulham stretched their unbeaten run against the Baggies to 10 matches.

Decordova-Reid, who scored his maiden goal in England’s top flight, was delighted to have helped the Cottagers to their first league win after a dreadful start to the season. “I’m happy to score my first Premier League goal,” the 27-year old British-born Jamaica forward told Sky Sports. “It was vital and I’m just happy I was able to help the team to get a lead that we could build on and try to be comfortable. “It was a very important win for the club. It has been a difficult start to the season, we needed this to build momentum.”

Fulham dominated the opening half although the visitors nearly drew first blood in the second minute when Conor Townsend hit the woodwork with a cross-turned-shot from the left. Decordova-Reid gave Fulham a 26th-minute lead when he nodded the ball past goalkeeper Sam Johnstone from close range after Aleksandar Mitrovic headed an Antonee Robinson cross from the left across the face of goal. Right back Aina, who is on loan at Fulham from Serie A side Torino, doubled the home side’s lead four minutes later with a spectacular goal as he unleashed a thunderbolt into the top corner with his weaker left foot from 18 metres.

Fulham could have added a third in the 80th minute as the visitors twice cleared the ball off the line in quick succession while West Brom failed to trouble keeper Alphonse Areola at the other end. Visiting coach Slaven Bilic was disappointed with his team’s performance. “We only played for 25 minutes,” said the Croatian. “They were better than us in everything, and I’m extremely disappointed. It all starts with the work rate, it was nowhere near good enough.” 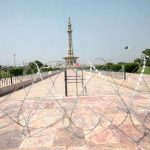