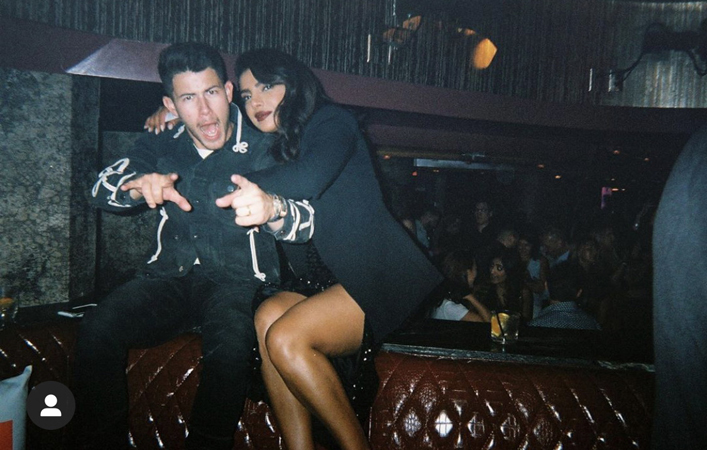 Singer Nick Jonas has shared a throwback photo of himself with wife Priyanka Chopra. He and Priyanka are posing for the camera in what appears to be a nightclub.

Jonas shared the photo with the caption, “How lucky am I?

PeeCee replied to Nick in the comments section and wrote, “My love!!!! I’m the luckiest.” Priyanka and Nick’s marriage was a high profile event of 2018, after their first date at the 2017 Met Gala. They wed through both Christian and Hindu rituals. The venue was Jodhpur’s opulent Umaid Bhawan Palace. On the work front, Priyanka is awaiting the release of The White Tiger, an upcoming adaptation of the Man Booker Prize-winning novel of the same name by Arvind Adiga. The film also stars Rajkummar Rao and Adarsh Gourav.

She will also be seen in the Netflix superhero movie We Can Be Heroes and the fourth Matrix film.