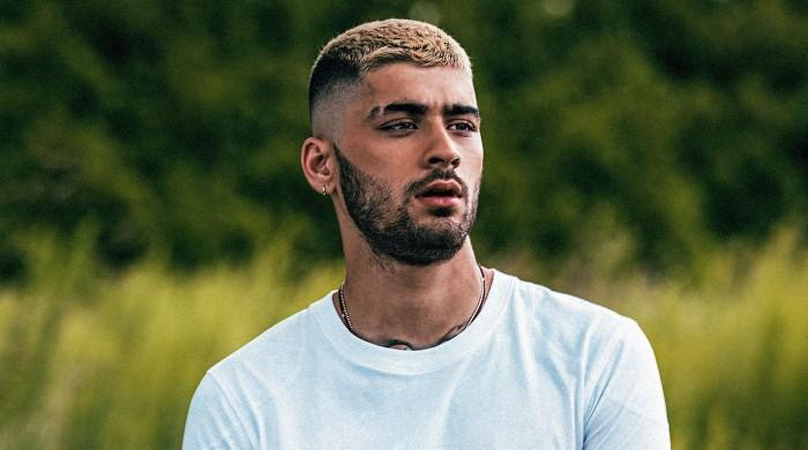 British singer Zayn Malik after welcoming a baby girl with Gigi Hadid last month, has already gotten back to work.

The former One Direction member recently shared two monochrome videos on his Instagram, giving fans a sneak-peek into his day where he can be heard crooning, leaving fans completely enchanted with his melodious vocals.

The singer could be seen singing James Bay’s 2015-released song, Hold Back the River, leaving us spellbound over the mesmerizing cover.

He had also interacted with his fans under the post as he sent them love and expressed gratitude by replying to each comment. “Beautiful,” wrote a fan. Zayn replied saying: “Who me? No you.”

Looking at the lyrics of the songs on his phone, the Pillow Talk hit maker seemed highly invested in his music.

In the video, the singer rocked a black shirt over his signature tattoos and paired it with slim-fit black jeans. He also accessorized his look with a set of silver beaded black bands on his hand. Fans have been eagerly waiting for Zayn to drop his new music after his last 2018-released album titled, Icarus Falls.