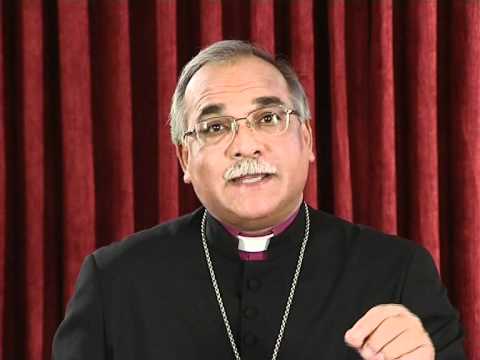 LAHORE: The Christian church leadership strongly condemns the forced conversion and marriage of a 13-year-old Christian girl in Karachi and demands the government of Pakistan to take immediate notice of such incidents and provide protection and relief to our people, said Bishop Azad Marshall, president of the National Council of Churches in Pakistan (NCCP).

“Forced conversion of underage girls from the minority communities is not seen as a crime, much less as a problem that should concern ‘mainstream’ Pakistan, but it is a very serious crime and the government must address this matter on priority,” Bishop Marshall said in a statement.
The senior bishop said that forced conversion of minor girls is often disguised as voluntary conversion, referring to the case of a 14-year-old girl in Faisalabad, Maira Shahbaz who was kidnapped and forcibly married and converted to Islam earlier this year.

Bishop Marshall said that when the parents present a certificate that the age of the girl is below 18 years, the police usually do not attach this document in the FIR [First Information Report]. “Moreover, Sections 4, 5 and 8 of the Sindh Marriage Restraint Act forbid marriage of any person under the age of 18 regardless of free will so how can the police validate such underage marriages?”

Bishop Marshall said that in spite of growing concern over a rise in abduction of girls from minority communities and forcibly marrying them and converting them to Islam, successive national and provincial governments have failed to pass laws against the perpetrators.

“The government should bring the legislation on forced conversion of underage girls to parliament without capitulating to any party that objects to its contents or underlying spirit.

“It is high time the State realizes that such incidents are not only eroding the minorities’ faith in the legal and judicial system of the country but also bringing a bad name to Pakistan,” he said. Pakistan is a signatory to the Universal Declaration of Human Rights which states that the right to freedom of religion includes the right to change one’s religion and that no one shall be subject to coercion to change their religion. The European Court of Human Rights has also given some guidance regarding the distinction between permissible religious persuasion, on the one hand, and coercion on the other, he said.

The Sindh government must take notice of the injustice meted out to Arzoo’s parents and ensure her safe recovery, he said, adding that Christians across the country were looking towards both the federal and provincial governments for the safety and security of their young girls.