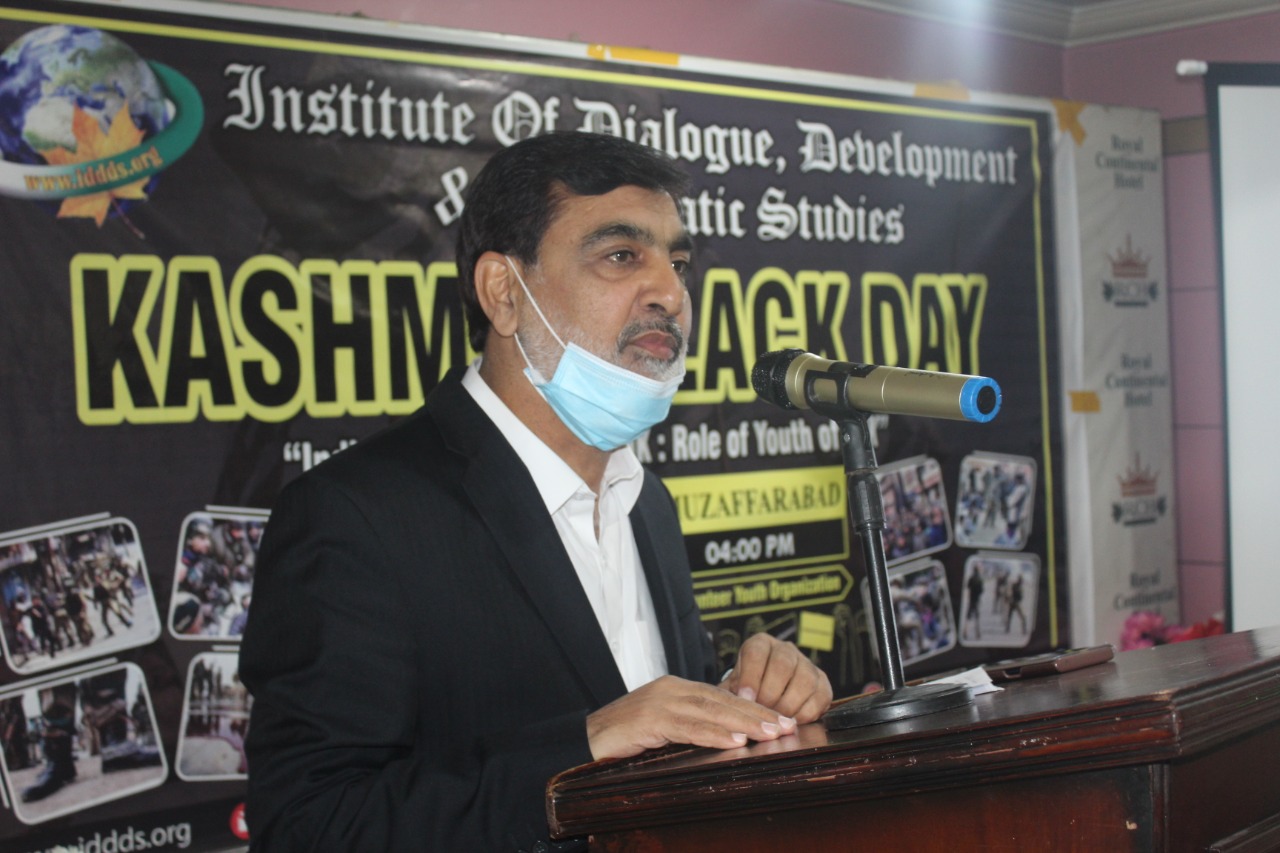 Muzaffarabad: A seminar was held under the aegis of the Institute of Dialogue Development and Diplomatic Studies (IDDDS) in collaboration with Volunteer Youth Organization and Youth Parliament at Royal Continental Muzaffarabad here on Kashmir Black Day. 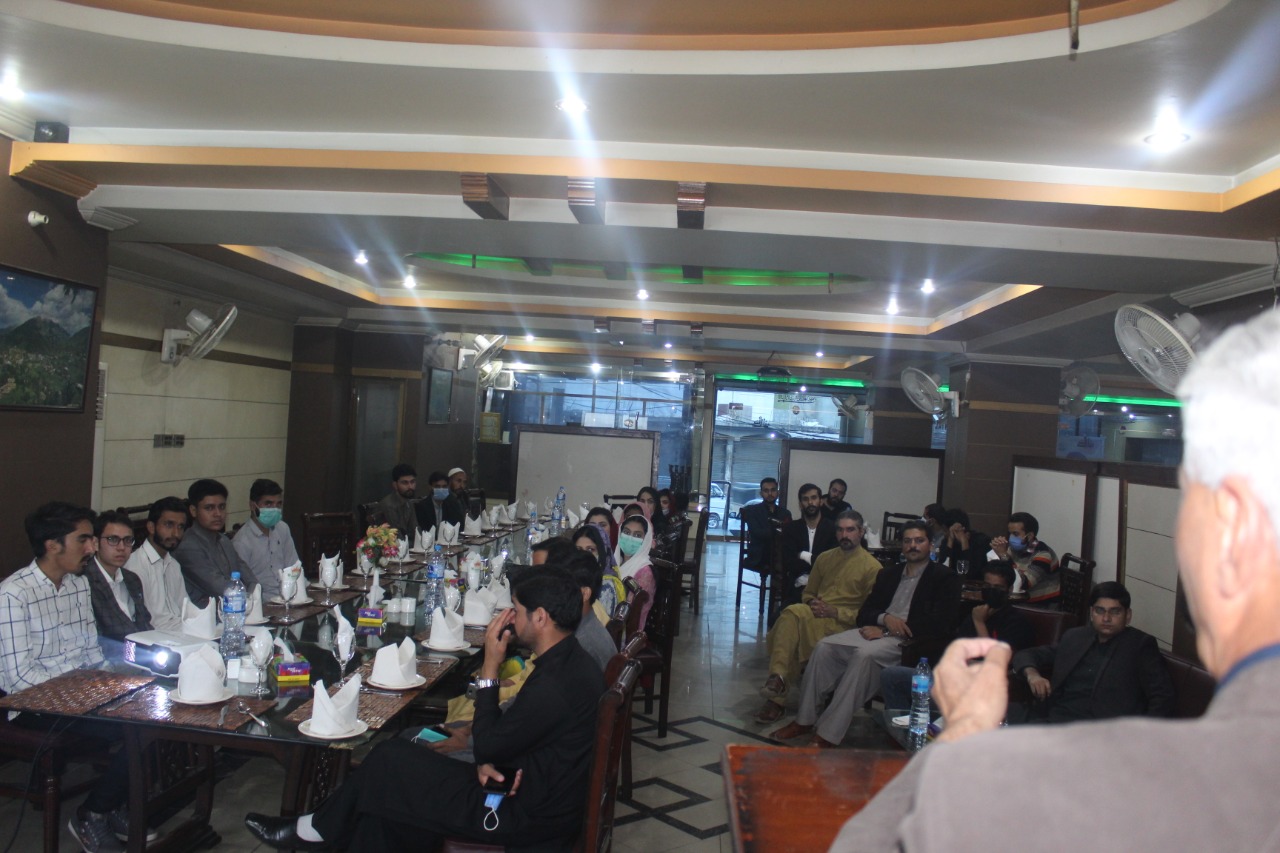 The seminar titled “Indian occupation in Kashmir: Role Of Youth of AJK” was focused on the agonizing story of 27th Oct; when freedom was being compromised and Sanctity of land underwent profanation, known as Black Day in History of Kashmir, A Military Hardware was installed in Kashmir since then to keep Kashmir under Indian Dominance. Since 27 Oct 1947, Kashmiris have been rendering huge sacrifices for the right to self-determination. 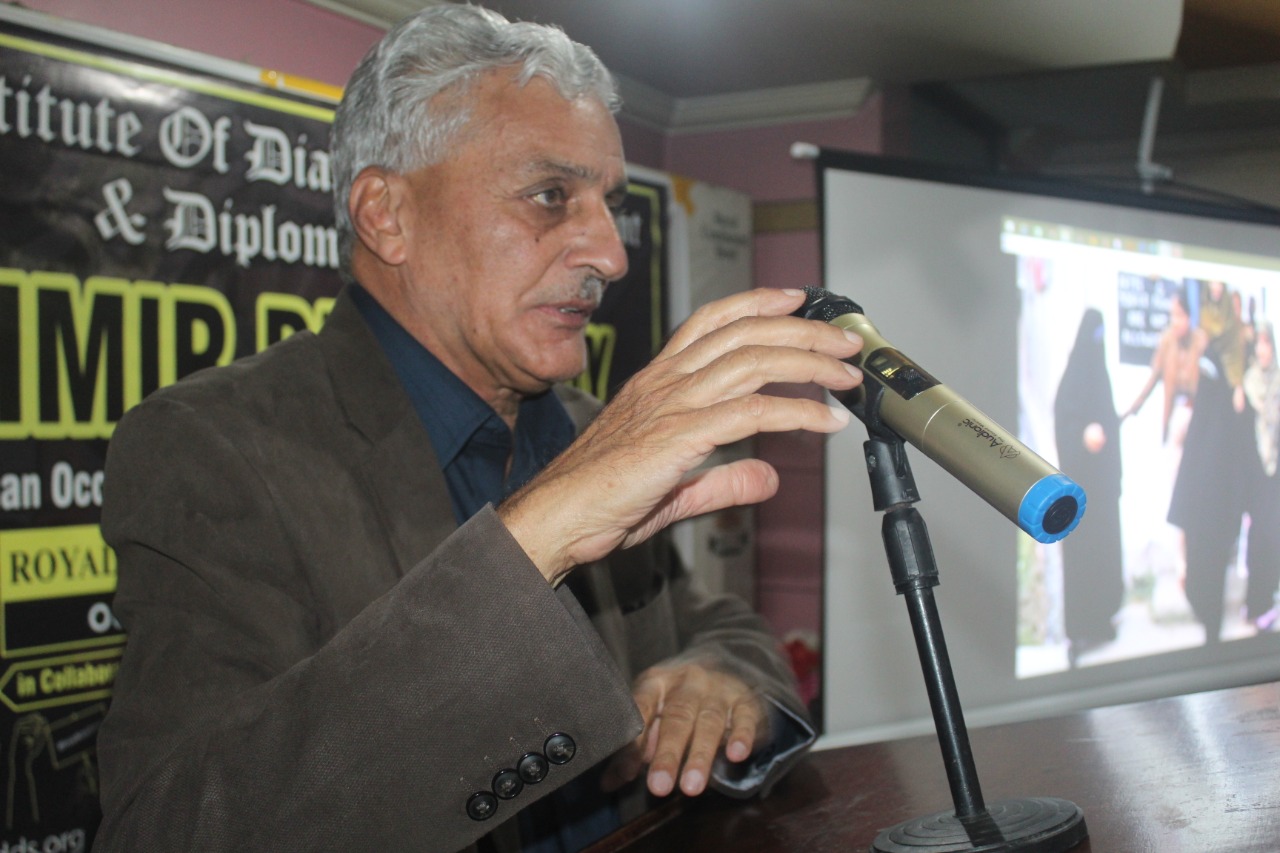 While addressing to seminar Khawaja Farooq stated that “Kashmiris sufferings have been started a long time before Black Day when 22 Kashmiris were martyred in 1931 for completion of Azan.”

He praised the endeavors of IDDDS saying that IDDDS is doing a great job for youth engagements and seminar is quite worth attending as it encapsulates the factual historical background of Black Day.

“Youth has the tool of social media where they can campaign their cause of right to self-determination”, Farooq added.

Additional Chief Secretary General AJK Farhat Ali Mir has delineated the tyranny of regimes under which Kashmiris had been kept for hundreds of years.

He said, “Kashmiris resilience either to Akbar reign or Indian fascist government is remarkable, their zeal can’t be fade-away through atrocities and massacre.”

He further added, “IDDDS is working on several grounds for Kashmir cause, I would like to urge them to engage the diasporas of Kashmir around the globe to convey a firm and consistent narrative to International community and organizations which is right to self-determination.”

“Youth in Indian held is far more zealous, enthusiasts and passionate about their cause like Burhan Wani Shaheed.In the present Scenario Youth of AjK have to combat India on social Media through Knowledge as Indian ploy is Hybrid Warfare.” Farhat reiterated.

IDDDs Researcher Aqib Ali on the occasion said, ” Indian entire plea lies on to justify the instrument of accession, it has neither legal validity nor the justification as per international law. When Indian troops landed on the 27th they caught in to supervise, Patiala Gunners were already guarding the Srinagar Airfield, moreover, Maharaja has no authority to sign the instrument of accession because he had already signed a Standstill agreement with Pakistan.”

Ubaid Qureshi President of Youth Parliament, Sumaira Mir, Arooj Fatima, and others also addressed the seminar. The participants made a consensus to engage themselves further for resolution of Kashmir and to extend support to their brethren in Indian Occupied Kashmir.