Afridi urges UN to break its mysterious silence on IIOJK 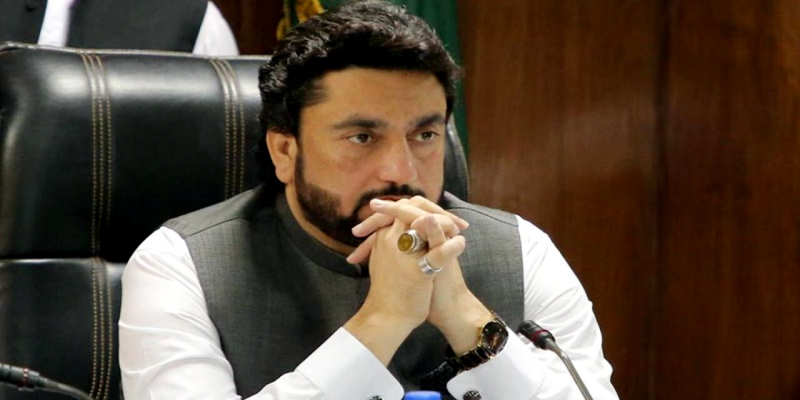 While addressing a seminar on role of United Nations and Kashmir dispute held to observe the 75th United Nations Foundation Day 2020, Afridi said that UNs failure has led to outbreak of a war between Azerbaijan and Armenia and this war may engulf the entire region as there were allegations and counter allegations of involvement of regional countries, said a press release issued here.

“Since the world is no more unipolar, it’s about time that the UN break its silence over disputes and take move to resolve disputes. If UN fails to deliver, its fate would be no different than the League of Nations,” he said and warned that the failure of League of Nations had led to World War.

“It seems that the United Nations has forgotten what it was founded for. The UN has lost its cause of bringing peace to the world while making it sure that there’s no lingering conflict,” he said.

Afridi said that biggest war fought by Pakistan, we were called masiah of humanity when Pakistan managed to bring multiple countries to dialogue post world war-2 era and during cold war.

“Now the UN has to realize who real enemy of humanity is. Why is FATF forgetting the contribution of Pakistan in maintaining world peace, given Pakistan is the biggest contributor of peace in peacekeeping missions”. He said Pakistan has been hosting …

Afghan refugees for 40 years now, has been treating them as their own. While on the other hand India is heading towards creating a huge refugee influx/ crisis, declaring majority of Muslim indians as non citizens while launching Ghar wapsi program to bribe Minorities against their properties and life security.

He said the developed nations will be responsible for any nuclear clash that will happen between India and Pakistan. Because that is what both states are heading towards.

He said Pakistanis need to unite against Indian forces, RAW and Modi has been conspiring against Pakistan, trying to exploit fault lines.

He urged the nation to show unwavering faith when it comes to Kashmir and fighting for Kashmiris’ right of self-determination.

He said that India will not see the dawn of black day in coming year, Kashmiris will get justice from International bodies because Imran Khan and his team is ready to go to every extent to liberate kashmir of Indian rule.

Afridi said that Modi’s expansionist agenda is bound to fail due to fragile economic situation. In an exclusive interview with the APP, Afridi said that India would never succeed in suppressing the people of Indian Illegally Occupied Jammu and Kashmir (IIOJK).

He said that brave Kashmiri people were waging an unprecedented freedom struggle to get their legitimate right of self-determination as per UNSC resolutions.

“India has deployed over 900,000 troops in IIOJK, but it will not be able to crush the nine million Kashmiris who are facing the worst human rights violations in the form of curfews, lockdown, tortured, disappearance and forcibly transferred to outside Kashmir since 446 days of military siege,” said Afridi as we sat down at the Chambers of Kashmir Committee in the National Assembly building to discuss the Kashmiri freedom struggle as Kashmiris and Pakistanis are set to observe the Black Day being observed on October 27. “History tells us justice and equality are prerequisite to the World peace. Under its expansionist agenda, India has captured states Jammu and Kashmir, Hyderabad, Assam, Junagadh, Sikkum and others through misuse of power. Now India wants to consolidate its occupation on Kashmir. Pakistan won’t allow it. The United Nations must ensure Kashmiris get plebiscite,” he remarked.

Dismayed over the callous silence of the world over the ongoing bloodbath of Muslims in Kashmir, particularly the mysterious silence of the Muslim world towards the increasing acts of religious violence in IIOJK, Afridi said it is a high time for the Muslims across the globe to raise voice for their brethren in occupied Kashmir who are suffering at the hands of the Indian fascist regime.

Highlighting the role of Kashmir committee, he said the Committee was actively engaging Parliamentarians and Kashmiri activists with our diaspora to raise global awareness on Kashmir.

“We left cultural front wide open in the past but now we will use culture as our arsenal. Dymanics are changing and now Indians are requesting the UNSC to remove Kashmir from its agenda. It reflects Indians are facing a defeat at the UN and now they want to run away. But we won’t let them run from The UNSC,” he said. He said that Pakistan is also raising concerns with the owners of the social media applications in wake of international media reports on Indian officials’ misuse of social media to gag voices on Kashmir.