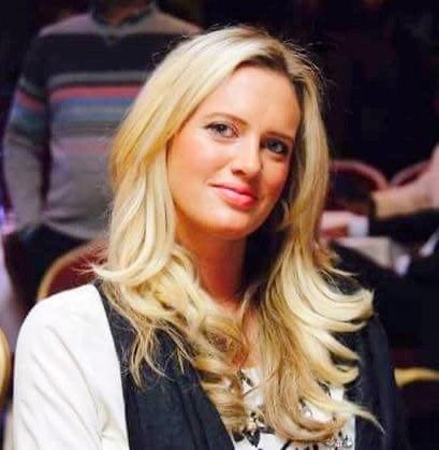 Activist Shaniera Akram is asking all Pakistani men to paint their nails and start a conversation about child abuse in the country.

All you have to do is paint your nail, take a picture and post it on your social media.

Akram launched the Polished Man Campaign in Pakistan on October 19, and some big names in the entertainment and sports fraternity have joined in.

The Polished Man Campaign is widely popular in its origin country Australia, and has caught on all over the world.

“Every year when October comes; all the men get out their nail polish,” Akram said while speaking on morning show Naya Din. She explained how the campaign enabled people to create awareness and talk about child abuse and violence in Australia and then in other parts of the world.

“It is a good talking point. It is something you can talk about at offices, in schools and at home. It has become a bit of a common thing,” she said.

“At the moment, Pakistan has a bigger problem of child abuse and we really need to do something about it,” she said.

“We have these incredible heroes, this team of men that have come out and said no more, we are not putting up with this anymore,” she explained. “The nail polish is a great talking point because it got us talking about it.”

One of the ambassadors of the campaign in Pakistan, actor Adnan Siddiqui, said the aim is to make people understand that any kind of violence against children, whether it is physical, sexual or emotional, is not acceptable and will not be tolerated.

“To colour your nail is to get this awareness and I want people to ask me why you are wearing this colour so that I can talk about it,” he said. “It is a basic point of conversation regarding the issue.”

He emphasised how the campaign will help children who have faced abuse or violence in their homes, schools or public places understand that it is not their fault and they don’t have to be ashamed about it.

“We need to tell those kids that they should speak up. We should not call them victims. They are the survivors, they are strong,” he said, adding that we have to ensure that these children get all the help they need to survive their trauma. “They have a right to live life like a normal child.”

According to Siddiqui, the campaign’s ambassadors will be visiting schools and universities all over the country to raise awareness and tell people that it’s okay to talk about it.

Adding to Siddiqui’s point, Akram explained how the responsibility lies on adults to raise their voice. “The only crime is not talking about what we need to talk about. They are victims if we don’t say anything. It’s our fault. We are the adults, we run the country,” she said.

In the end, addressing all the parents, Akram asked them to start engaging children in the conversation to ensure their protection and safety.

“I want the youth of this country to come out and paint their nails and show all these people that it’s not a silly campaign. It’s saving people’s lives,” she said.