PML-N may be banned over its ‘anti-state’ activities: Sh Rashid

* Sarwar says opposition working on agenda of enemies of Pakistan

Railways Minister Sheikh Rashid Ahmad has said that Pakistan Muslim League-N (PML-N) may be banned over its anti-state activities and speeches by its leadership.

Addressing a press conference here on Saturday, he said that the PML-N tried its best for a deal and several meetings were held for the purpose. One of such meetings was held in the Renaissance Istanbul Hotel in Turkey.

He predicted that the PML-N would be divided into parts after Dec 31. Sh Rashid said that there was no threat to the government from the public gatherings and rallies of the opposition alliance, Pakistan Democratic Movement (PDM).

He said that governments could not be toppled by organising rallies. He said speech of Nawaz Sharif strengthened Prime Minister Imran Khan’s government.

He said Nawaz spoke the language of enemies by criticising the Pakistan Army, adding that now it was death of politics of Nawaz in the country.

He said that the PML-N itself voted for the extension of Chief of Army Staff General Qamar Javed Bajwa and now its leadership was speaking against him and the Pakistan Army.

He said that the PDM kept the media engaged for one month and could not gather as much people as they were expecting.

To a question, he said that prices of flour and sugar would decrease in two months.

About the railways, the minister said that all freight trains would now be booked online like all passenger trains. He said that technical allowance of the railways workers was being increased by up to 25 per cent which would facilitated 31,000 workers. He said that milage allowance of the drivers had also been increased. He announced that pension would be disbursed among all retired employees on the inaugural day of Hassan Abdal railway station.

Meanwhile, Minister for Aviation, Ghulam Sarwar Khan on Saturday said that opposition is working on the agenda of enemies of Pakistan and addressing the gathering at Gujranwala they only targeted state institutions leveling baseless allegations.

Addressing a news conference in Rawalpindi, Ghulam Sarwar condemned the derogatory language used against the institutions of Pakistan and said Pakistan Democratic Movement (PDM) wants clash between the institutions to destabilize the country but their conspiracies would never be succeeding.

The Minister said that Nawaz Sharif is a proclaimed offender and declared him part two of MQM founder, adding that Pakistan Army is guarantor of peace and stability in the country, he said.

He also paid rich tribute to security personnel for rendering lives for the protection of the homeland and said that the entire nation is standing with the institutions and salutes them.

Opposition parties in their gathering did not condemned the two incident in which 20 security personnel martyred because both have same agenda as terrorist are targeting the civilian and law enforcement agencies through bullets while opposition through derogatory language, he added.

Opposition has its democratic right to contact the masses but the facts of corruptions and the verdicts of the courts against the opposition leadership in this regard could not be falsified through politics of agitation, Sarwar said.

The Minister said the opposition parties were trying to halt accountability process against their bosses and it did not want development and stability in the country.

Responding a question, the Minister said that government will overcome inflation and unemployment soon in the country caused by the flawed policies of previous regimes. “We will take all legal measures to repatriate Nawaz Sharif,” he added. “We have no plan to privatize PIA rather will bring reforms in it,” he said adding that the government wanted to bring back the airline to its days of glory. 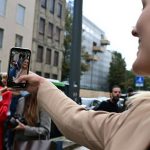 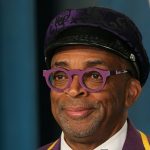 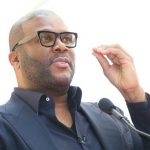 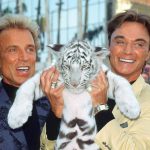