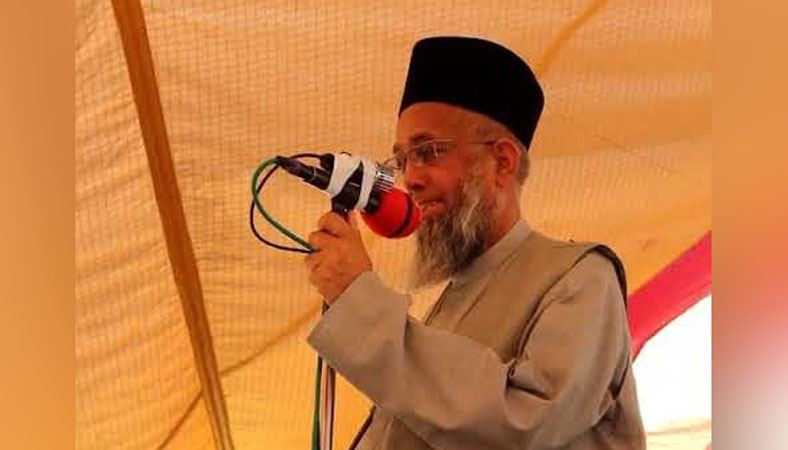 Adil Khan is the son of late Saleemullah Khan, the former president of Wifaq-ul-Madaris Al-Arabia and is the principal of Jamia Farooqi.

According to police, the scholar was sitting in a vehicle parked outside Shama Shopping Centre when suspects on motorcycles came up to him and shot him. Police said that a third person, Umair, was also accompanying Maulana Adil and survived the incident. He had gone inside the shopping centre to buy sweet meats.

“The motorcyclists targeted him. It seems that he was being followed by terrorists,” said police officials. They added that five spent 9mm casings were recovered from the site. Sources in the police department said that the religious scholar was rushed immediately to the hospital following the shooting. A heavy contingent of police as well as Sindh Rangers have reached the site of the incident and a probe with the help of CCTV cameras is underway.

Meanwhile, sources in Liaquat National Hospital, where he was taken to, said that the scholar had already passed away when he arrived. According to the hospital’s spokesperson, Maulana Adil suffered two bullet wounds. Jinnah Postgraduate Medical Centre Executive Director Dr Seemi Jamali said that the body of Muhammad Maqsood, the driver of the deceased scholar, was brought to the facility’s emergency ward.

Inspector General of Police Sindh Mushtaq Mehr has submitted a preliminary report of the incident to Chief Minister Sindh Murad Ali Shah. According to CM Shah’s spokesperson, the report states that Maulana Adil’s vehicle had stopped near the shopping centre and a companion had gone inside to make a purchase when two unknown suspects fired shots at him. The preliminary report further states that five shots had been fired. The companion who survived, Umair, is currently hospitalised. The chief minister has ordered that the culprits be arrested immediately. “Some extremist elements wish to disrupt peace in the city,” he said.

Reacting to the development Wifaq-ul-Madaris said that the attack on Maulana Adil was an attack on the nation’s peace and security. “The martyrdom of Maulana Dr Adil Khan is an irreparable loss to the world of Islam,” it added.