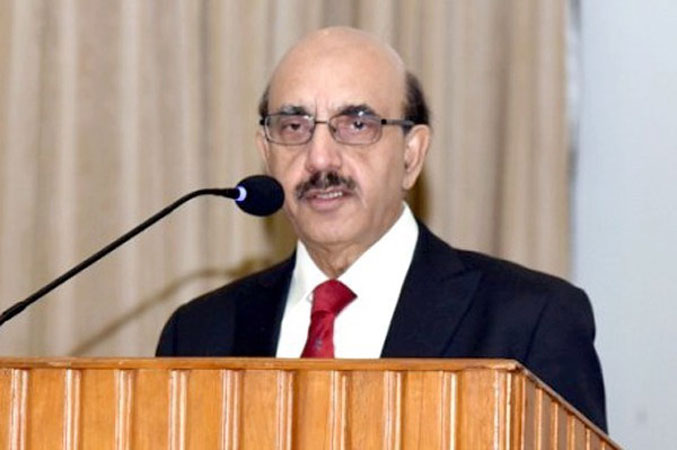 Expressing deep concern over reports of procurement of one million multi-mode hand grenades by India, Azad Jammu and Kashmir (AJK) President Sardar Masood has said that war-monger Modi-RSS regime is piling up arms and ammunition to use them against defenceless people of Indian Occupied Kashmir (IOK).

During his meeting with the different public delegations here at Jammu and Kashmir House on Friday, the AJK president remarked that India will use these arms against the people of IOK who are fighting to end the illegal and illegitimate occupation on their land by India. He said that BJP-RSS leaders have intensified chauvinistic rhetoric to paint the image of Modi as a true leader of the Hindu community, who is capable of leading the armed forces successfully against Muslims within India and against Pakistan. He said, “India is stockpiling the war arsenals of all kinds to kill people of Kashmir and Pakistan, but our message to fanatic Hindu leadership is clear and loud that wars may be fought with weapons and machines, but they are won by men imbibed with spirit and determination, and by the grace of Allah, Pakistanis and the Kashmiris will emerge victorious in the war because of their courage and determination.”

India, he added, is habitual of spoiling regional peace through its hegemonic attitude towards its neighbouring countries. The president asked the regional countries to challenge New Delhi’s bullying behaviour.