Meet the artist capturing the pandemic on New York subway

* ‘I’m curious about people, how they operate, what they wear, how they interact with the world around them,’ he says 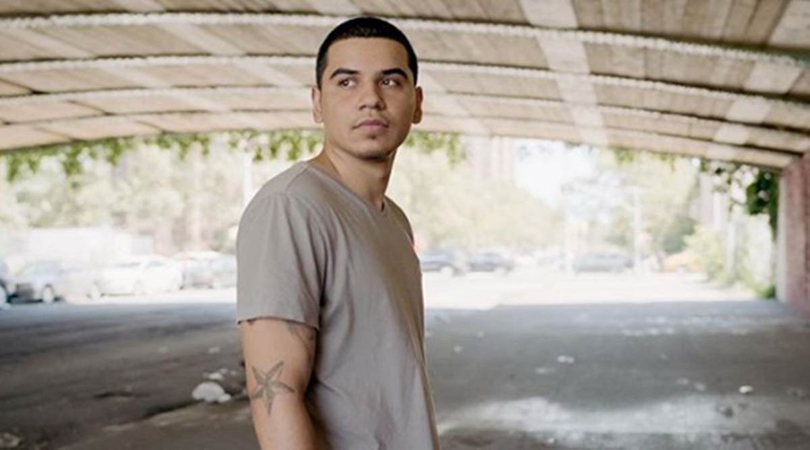 Since 2011, artist Devon Rodriguez — a resident of South Bronx in New York City — has been “capturing humanity” on the city’s subway network.

Nine years later, amid a pandemic, his work has started to bring him a lot of social media recognition. Rodriguez, 24, has been painstakingly making black and white sketches of fellow commuters in masks, after observing and studying their body language. In an email interaction, he tells indianexpress.com about his journey, his observations, and why he thinks it is pertinent to use his art to seize this significant time in history.

“I’m curious about people, how they operate, what they wear, how they interact with the world around them. Even when I’m not drawing, I’m watching people and thinking about their nuances, and the different mannerisms that they adopt. They are the perfect subjects. When I’m drawing, it’s like meditation. As I’m rendering their forms and clothing, I’m pondering things like: what do their body language say about them? How does the way they present themselves describe their psyche? Subway riders have been the subject of my art before the COVID-19 masks [series], but it’s even more inspiring now to capture that sign of the times,” he says.

Rodriguez says that for as long as he can remember, he has always loved art, even as a kid, and has been a “natural”. “I always loved drawing the things around me. I remember, lots of people in my neighborhood would wear a durag and a fitted cap, and I would always draw all of my figures like that. Graffiti was always a big inspiration to me growing up. I always looked at the letters, and was so fascinated by the colours that I would think: ‘how do these people make them so fast without getting caught?’ I started it as well.”

At 13, he got arrested for making one such graffiti, and lost his interest. Around the same time, Rodriguez learnt about ‘High School of Art & Design’ in Manhattan, and was “instantly hooked”.

“I needed a portfolio of 10-12 pieces in order to get into the school. I think it did it last-minute, because I was so intimidated by what they wanted. They needed a variety of styles and subjects. I had no idea how to do a portrait. I did a self portrait in pencil and filled in the colour with crayons. I showed up to the auditions and took some live drawing tests and got my portfolio reviewed. I was the only artist in my elementary and middle school, so it was a big part of my identity. I thought I was good and that I would get the admission. A few months later I found out I was rejected.”

Rodriguez ended up in the Samuel Gompers High School in South Bronx, and while he knew he did not want to be there, art classes by artist Jeremy Harper made him stick around. “I loved his class. Interestingly, I remember his first lesson being on graffiti. I think the next one was portraiture. I told him that I didn’t want to be at that school and that I wanted to transfer to Art & Design. He helped me work on a portfolio for months until it was good enough to reapply for the auditions. I was notified months later that I was accepted,” he says.

It was Harper who introduced Rodriguez to ‘subway art’. “He showed me his sketchbooks full of subway drawings. It inspired me to start my own. Another mentor of mine was James Harrington. He was my painting teacher at Art & Design. He taught me how to paint in oil. When I saw him painting a student from life for the first time, I knew that was what I wanted to do for the rest of my life.”

The pandemic has restricted people’s movements, and leaving the house without a mask or a face covering, has become unthinkable. The artist says his subjects are always in masks, and are almost always unaware that they are being captured. “Faces are a thing that I’m so used to capturing and now most of them are covered in masks. I think it’s interesting to capture this devastating moment in time with art. It will reflect 2020 when I look back on it in the future. Also, it will be interesting to capture the different types of masks people wear and how they wear them.”

Rodriguez says his own sketches give him a sense of the pandemic, of its severity. “I would’ve never thought I would ever see every person in New York, and the world, wearing a mask. And yes, it gives me hope that we all came into agreement to wear a mask to save each other’s lives.”

On his newfound fame, the artist — who also sometimes does portrait commissions — says he feels “super lucky for all the followers, and all the attention” that his work has been bringing him. “Sometimes it gives me anxiety, but for the most part it’s a blessing. Hopefully, now, I will get a bigger studio and continue to make a living through art,” he concludes.