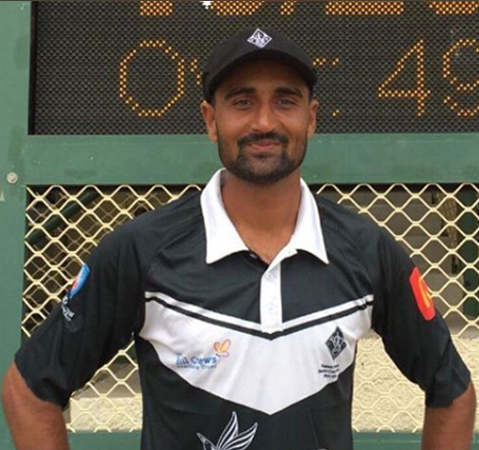 LAHORE: Pakistan’s pacer Mohammad Irfan Jr has signed with Western Suburbs District Cricket Club (WSDCC), after quitting Pakistan’s domestic season. The 6 foot 6 inch fast-bowler made the decision after being excluded from the first XI squad in the upcoming National Twenty20 Cup. The 25-year-old was named in the Southern Punjab’s second XI in the domestic tournament despite being a constant feature in the Pakistan Super League (PSL). While talking to a local TV channel, earlier, the pacer had also expressed his frustration over being left out of the first XI. “They are playing new boys in the First XI and we are still in the lower eleven, so I have decided to leave all forms of cricket,” Irfan said. WSDCC announced his participation through an Instagram post while claiming that this would be a long-term arrangement. The move therefore might end Mohammad Irfan’s pursuit of domestic cricket in Pakistan. “Wests Cricket are proud to announce that Mohammad Irfan Jr has decided to join the Wests family on a long-term arrangement. Mo has made the decision to make the move to Australia and make Sydney his home. We look forward to seeing him in the baggy black cap soon! #westscricket” the Instagram post stated. It must be noted that veteran all-rounder Mohammad Hafeez had also requested Irfan to reconsider his decision about quitting Pakistan cricket.