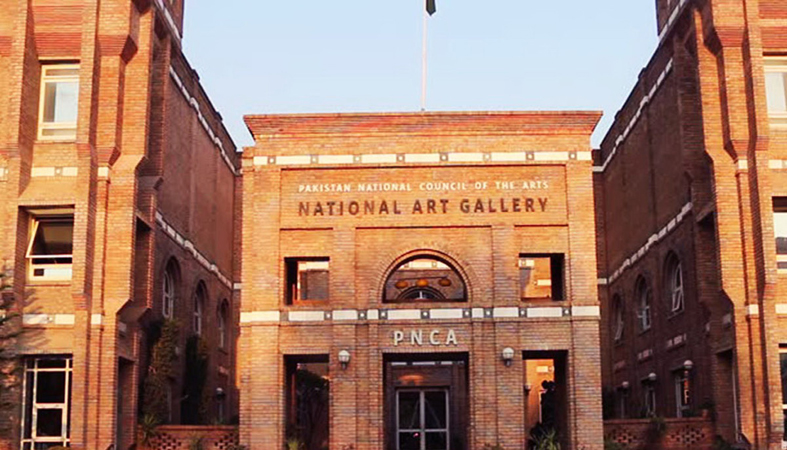 The Board of Governors of Pakistan National Council of the Arts (PNCA) has made it clear that they had unanimously decided on the case of returning AJ Shemza paintings to their rightful owner.

“This Board, appointed by the current government, is clearly committed to making PNCA a professional and a national council in the true sense. It will stand by the most exemplary standards and will not bow down to any pressure tactics displayed by those resisting reforms,” a statement issued by the BoG said.

The BoG on July 15, 2020, deliberated on the issue and agreed that keeping Anwar Jalal Shemza’s paintings, which Mary Shemza loaned to PNCA in 1985 and has been continuously asking to be returned, at the National Art Gallery was a violation of her rights. “It was an embarrassment for PNCA and for the country to keep this work by force, and also shows criminal neglect on the part of past managements. We feel strongly that it is important to do the right thing. The wishes of Mary Shemza, wife of the late artist, need to be carried out for future generations to understand that loaned art is only borrowed and needs to be returned to its rightful owners,” the Board underlined. “Under the leadership of Federal Minister Shafqat Mehmood, we are committed to make PNCA and all its offices professional as per international standards and will fully support the current DG in executing full reforms of PNCA,” it reiterated.

“After the paintings were returned to the legal representative of Mary Shemza, there was a letter written by Ijaz ul Hassan objecting to the return of artworks. In addition, there were several news articles with one-sided point of view, accusing PNCA of illegal action. We want to make it clear that what PNCA’s Board decided was not only legal but ethical and a precedent that needs to be set for future,” the BoG maintained.