Misbah says no need for major changes for Zimbabwe series 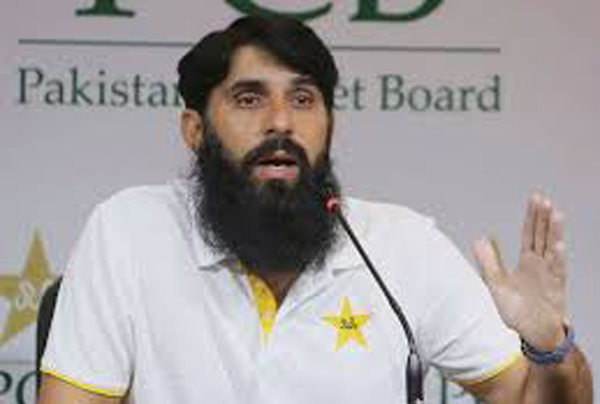 LAHORE: Head coach cum chief selector Misbahul-Haq on Saturday indicated that there may not be wholesale changes in the Pakistani team for the upcoming home series against Zimbabwe, saying that the team were already composed of young players. During a press briefing here, the former captain said that the national team were already pretty young and might only need minor tweaking instead of mass chopping and changing. “The Pakistan team are already composed of young players,” he said. “It had lost two senior players right after the World Cup. In fact, we might change a thing or two to make the team even stronger.” Explaining that the seemingly unimportant Zimbabwe home series is actually important, Misbah said: “We should keep in mind that the points earned from the ODI series would count towards World Cup qualification.”

He also underscored that finding new combinations and creating able back-ups were among his priorities while structuring the team. The Zimbabwean side ares considered one of the weakest ones in the world, leading some to suggest that the series be used to experiment with young untried talent. On Wednesday, the Pakistan Cricket Board (PCB) had announced that it would host Zimbabwe for a limited-overs series which is scheduled for October-November. “Needless to say, we at ZC are bursting with excitement as we look forward to playing cricket again and representing our nation with pride and passion in Pakistan,” said Zimbabwe Cricket Chairman Tavengwa Mukuhlani. The Africans are expected to land in Pakistan on October 20, and, following the mandatory quarantine, will play a three-match ODI series in Multan and as many T20Is in Rawalpindi. The 50-over matches will take place on October 30, November 1, and 3 while the T20Is will take place on November 7, 8, and 10. Zimbabwe’s upcoming tour will be their second visit to Pakistan in the last five years.