* India has committed 2,340 ceasefire violations this year, resulting in 18 deaths and serious injuries to 187 innocent civilians 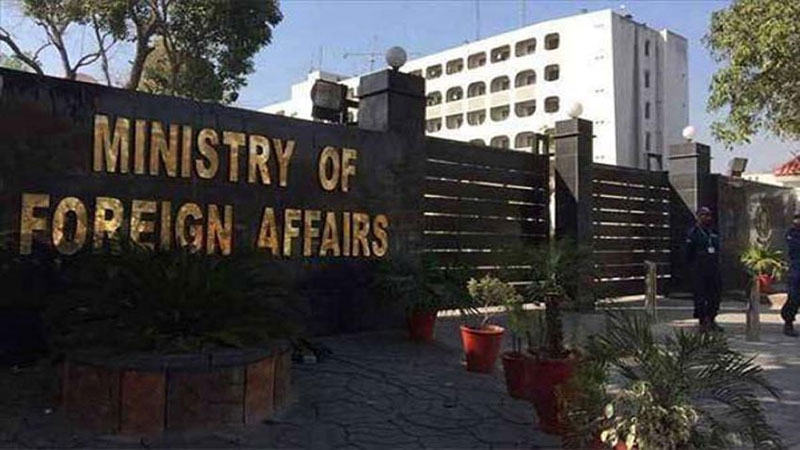 Pakistan on Friday summoned a senior Indian diplomat to register Pakistan’s strong protest over ceasefire violations by the Indian occupation forces along the Line of Control (LoC) in which two innocent civilians received serious injuries.

The Indian occupation forces along the LoC and the Working Boundary (WB) have been continuously targeting civilian populated areas with artillery fire, heavy-caliber mortars and automatic weapons. This year, India has committed 2340 ceasefire violations to date, resulting in 18 martyrdoms and serious injuries to 187 innocent civilians.

Condemning the deplorable targeting of innocent civilians by the Indian occupation forces, the Indian diplomat, summoned to the Ministry of Foreign Affairs was informed that “such senseless acts are in clear violation of the 2003 Ceasefire Understanding, and are also against all established humanitarian norms and professional military conduct.”

“These egregious violations of international law reflect consistent Indian attempts to escalate the situation along the LoC and are a threat to regional peace and security.”

Pakistan informed India that by raising tensions along the LoC and the WB, India cannot divert attention of the world from the grave human rights situation in the Indian Illegally Occupied Jammu & Kashmir (IIOJK).

Indian side was called upon to respect the 2003 Ceasefire Understanding, investigate this and other such incidents of deliberate ceasefire violations and maintain peace along the LoC and the WB.

The Indian side was also urged to allow the United Nations Military Observer Group in India and Pakistan (UNMOGIP) to play its mandated role as per the United Nations Security Council (UNSC) Resolutions. On Thursday, a spokesperson for the Pakistan military informed the diplomats visiting the LoC that the ceasefire violations by India have shot up since 2014. “Human rights situation in occupied Kashmir is alarming,” the DG ISPR Maj Gen Babar Iftikhar told the envoys during a visit to the Jora sector along the LoC.

Indian forces were deliberately targeting civilians on the LoC, Maj Gen Iftikhar told the delegation of ambassadors, defence attachés, and the representatives of international organisations stationed in the federal capital from some two dozen countries. He informed them that India was carrying out the CFVs to divert the world’s attention from Kashmir – the Muslim-majority Himalayan region which had its special status under Articles 370 and 35A revoked by New Delhi more than a whopping 400 days ago – as well as what was happening to minorities in the South Asian nation.

Turkish Ambassador Ihsan Mustafa Yurdakul after his visit expressed his views and said, “I will repeat what the Turkish President said in the UN General Assembly two days ago. The Jammu and Kashmir issue is a very serious issue which should be resolved through negotiations under UN Security Council resolutions.” He added that the Kashmir issue should be resolved according to the wishes of Kashmiris through Pakistan-India talks.

The ambassador noted that he was grateful to meet the victims, had an interaction with them and saw the affected infrastructure, adding, “Hopefully, a solution to Kashmir issue will be found in the near future.” Iranian Deputy Ambassador Ali Mohammad Surkhabi, on the occasion, said there were a lot [of atrocities] happening every day in Indian Illegally Occupied Jammu and Kashmir. “Inshallah (By the Will of Allah), Kashmir issue will be resolved soon. We are with the Kashmiri people in every way.”