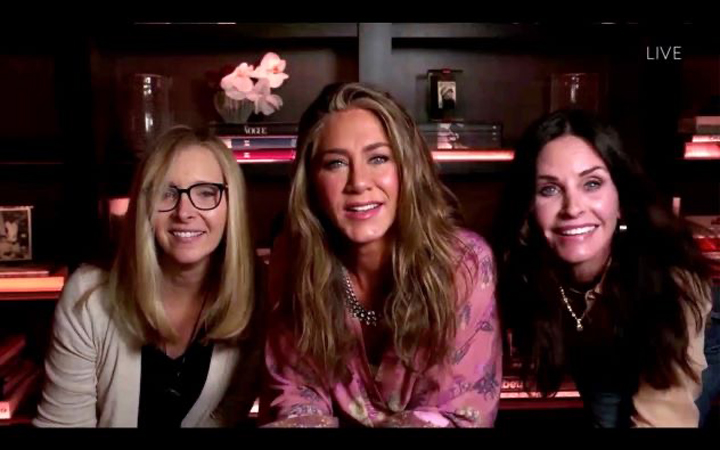 Emmys 2020 gave a surprise to the fans of uber-popular sit-com `F.R.I.E.N.D.S` as few of the stars from the show reunited at the award ceremony. During the 72nd Primetime Emmy Awards, host Jimmy Kimmel wanted to check up on Jennifer Aniston who had appeared earlier in the live broadcast bit. Aniston then appeared back and this time she was at “home”. The respite for fans came as she was joined by Courteney Cox and Lisa Kudrow. In the popular show ‘F.R.I.E.N.D.S’, Aniston essayed the role of Rachel Green, while Cox and Kudrow played the roles of Monica Geller and Phoebe Buffay respectively. The entire “F.R.I.E.N.D.S” cast is set to reunite, but the production has been delayed twice due to the coronavirus pandemic. It was supposed to film in March, but it was pushed back to the end of the summer. After that, the shooting was once again delayed indefinitely in August. Schitt`s Creek” made history during the Emmys 2020 as the sit-com swept the major comedy categories, including outstanding series.