Khurrum Sher Zaman was lashed out in Karachi

The Pakistan Tehreek-e-Insaf (PTI) Karachi president, MPA Khurrum Sher Zaman and other leaders were lashed out during the school visit in Karachi. 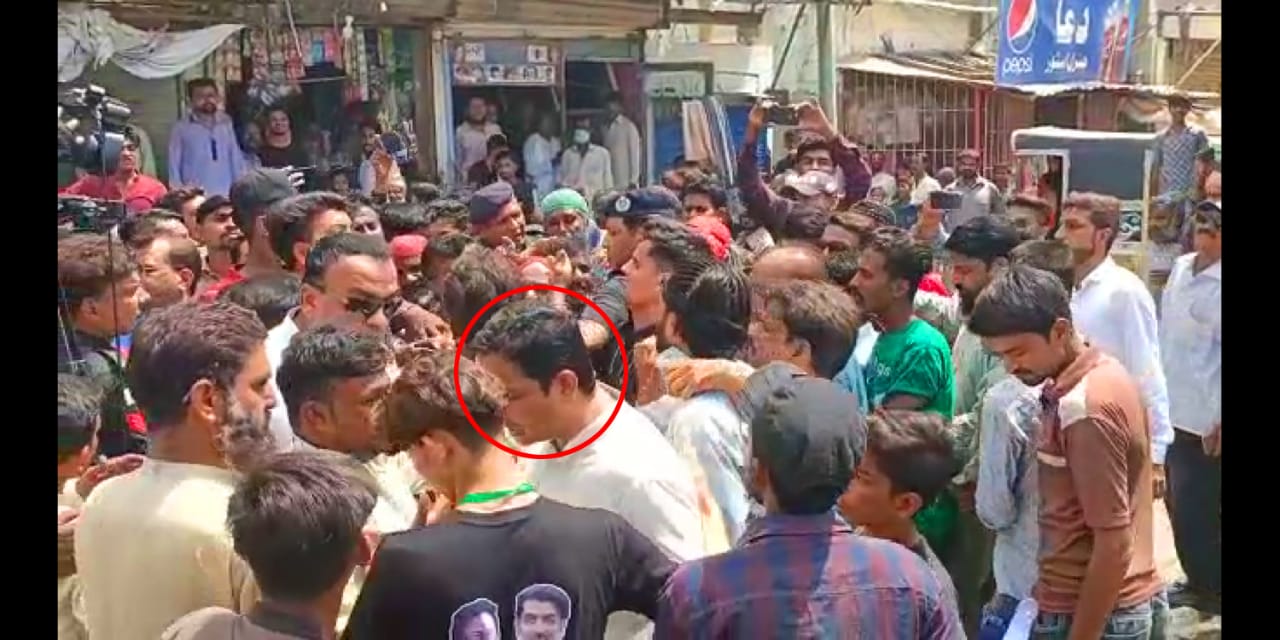 The PTI’s Sindh Assembly member was surrounded by the people and people were not letting him to go without answering.

Although Khurram Sher Zaman came to government school to check out that SOP’s were being followed or not where people asked him about the performance of the elected representatives and What PTI has done for Karachi in two years?

While people started questioning so he got angry saying that it is not the time to reply asking to switch off camera, on this people commenced taunting him saying that he has no answers. Due to hue and cry PTI leader had to go back without talking to media.

After leaving him people said that if they keep visiting like this whether for scoring political points, at least the situation of government educational institutions will improve.

Later on PTI’s spokesperson released the statement that PPP’s provisional Minister Saeed Ghani tried to spoil Khurram Sherzaman’s scheduled visit adding that PPP’s worker were in the mob and had intention to attack on PTI’s Karachi President over the instructions of Saeed Ghani.

While talking about PTI’s MPA visit Saeed Ghani said that the administration was working on the complaints of rain water accumulation in schools in Sindhi Hotel New Karachi.

PPP provisional Minister said that PTI’s MPA is doing point scoring on the issue although team is working there.

“Governments and institutions can report the situation, but we all have a responsibility to implement it,” he said

Saeed Ghani disclosed that where he was standing there, his close friends (PTI MPA’s friends) have built thousands of shops on the drain. “I don’t need to get a certificate from these incompetents to be eligible or not,” he said. “I am fulfilling my responsibility according to my conscience and I will continue to do so and I am not as negligent as his chairman,” he concluded