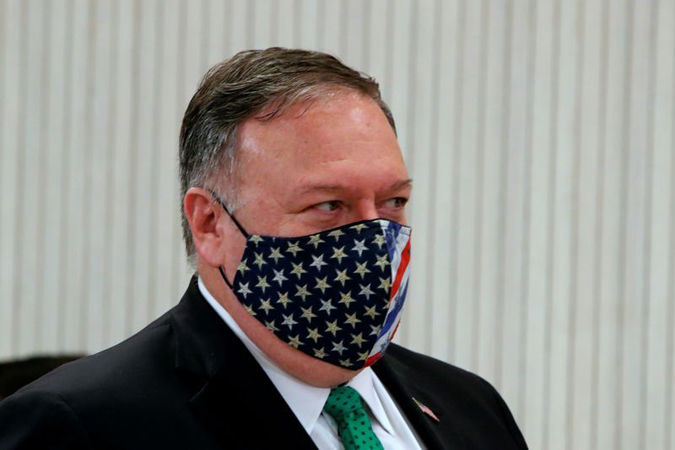 US Secretary of State Mike Pompeo will meet with Venezuelan migrants in Brazil this week, US and Brazilian officials said on Tuesday, as Washington bids to step up pressure to oust Venezuela’s leftist President Nicolas Maduro.

The meeting on Friday in the Brazilian city of Boa Vista, near the border with Venezuela, is part of a Sept. 17-20 regional tour in which Pompeo will also visit and hold talks with the leaders of Colombia, Suriname and Guyana, the State Department said.

The whirlwind visit to Venezuela’s neighbors comes as international efforts to advance democratic change in the country appear to have stalled and Maduro has asserted his grip on power despite political and economic upheaval that drove 5 million Venezuelans to flee.

The trip will “highlight the United States’ commitment to defend democracy,” the State Department said. In Boa Vista, Pompeo will visit “Venezuelan migrants fleeing the manmade disaster in Venezuela,” it said in a statement.

Pompeo is scheduled to make a nearly 3-1/2-hour stop in Boa Vista on Friday afternoon. He will visit a triage center for receiving Venezuelan migrants and meet with Brazil’s Foreign Minister Ernesto Araujo, the Brazilian government said.

“They will talk about the Venezuelan refugees who have been so badly treated in their country,” US ambassador to Brazil, Todd Chapman, said on CNN Brasil. “It is time for the illegitimate Maduro regime to go,” he added, praising Brazil’s humanitarian effort in receiving 250,000 Venezuelans.

Brazil’s border with Venezuela has been closed since March 18 due to the coronavirus pandemic, and the flow of migrants crossing into Brazil has dropped from an average of 600 a day to a handful of Venezuelans who walk along cross-country trails.

US sanctions targeting Venezuela’s oil industry have slashed Caracas’ crude exports to the lowest in decades, but they have failed to loosen Maduro’s grip on power.

With the Nov. 3 US election approaching, and leading Maduro critic President Donald Trump battling for a second term, Washington is expected to toughen its stance, especially with more sanctions targeting Venezuela’s oil and gold industries.