Ageing and empty: Japan next premier’s hometown highlights challenges ahead 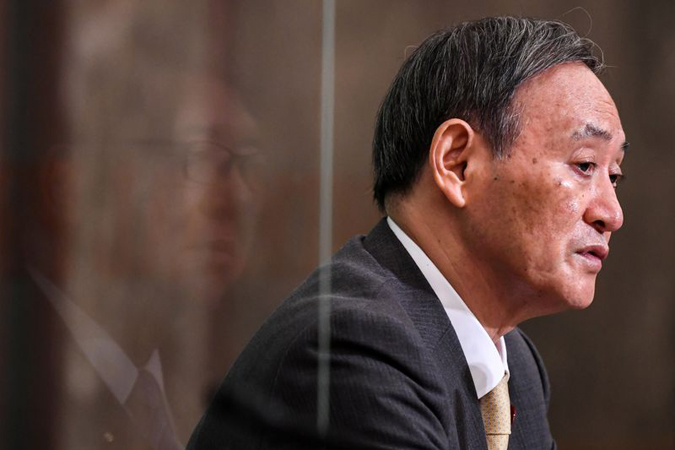 It’s noon on a warm day in the Japanese town where Yoshihide Suga, Japan’s next prime minister, grew up, but more than half the stores in a downtown shopping arcade are shuttered and sidewalks stretch empty except for the rare elderly passerby.

A building proclaiming “I Love Yuzawa” stands abandoned. A giant department store nearby hulks over the street, mostly unusable because it doesn’t meet earthquake safety standards but too expensive to tear down.

The remote part of Yuzawa where Suga grew up, 480 km (300 miles) northeast of Tokyo, captures key challenges his administration will face: half the residents in the area are over 60.

Depopulation and ageing have meant a dramatic fall in tax revenue, pushing the town’s government, reliant on support from Tokyo, to consider merging with other towns in Akita prefecture.

“Japan is the world’s fastest-aging nation, Akita the fastest-aging prefecture and Yuzawa one of the worst in Akita,” said town employee Toru Abe, noting that close to 40% of all Yuzawa residents are over 65, compared to 28% for the nation.

“If we didn’t have fiscal support from the central government, we couldn’t make ends meet,” said Abe. Of the town’s annual budget of 27 billion yen ($250 million), he said, only about a fifth comes from taxes.

Suga is on track to be chosen leader of Japan’s ruling party on Monday and elected prime minister on Wednesday, succeeding long-serving Shinzo Abe, who is resigning for health reasons.

Yuzawa, which sees two-metre (6 1/2-foot) snowfalls that locals say make them tough, has marked Suga, 71, as a self-made politician among hereditary lawmakers from wealthy families. It has also influenced his best-known policies.

These include promoting inbound tourism, reforming the country’s vast agricultural cooperative network and introducing a “hometown tax” – a system allowing people to pay local taxes to an area other than where they live and, in return, getting deductions and local delicacies like beef or rice.

“He talked about it long before then, saying he grew up in Akita and benefited from tax revenues, then moved down here and feels strange not paying anything. He wondered if there was a system to make it possible,” said Hiromi Okazaki, a retired bureaucrat who worked for Suga in the Internal Affairs Ministry when Suga ran it and introduced the scheme in the 2000s.

Most residents in Yuzawa blame the economic decline on the devastating population slide, largely due to a low birth rate and lack of jobs in the town reliant primarily on rice farming.

In 1955, Yuzawa had 80,000 residents, some working at a now played-out silver mine. The population has since shrivelled by half. Only 442 high school students graduated last year.

Town officials project 400 million yen ($3.8 million) in revenue from Suga’s “hometown tax” in the fiscal year through March. It’s not enough to turn its fortunes around, they say, but in Yuzawa, every bit helps.

By a row of cigarette vending machines in the city centre hangs a sign: “Tobacco taxes are important for our area. Let’s buy cigarettes!” In 2019, the tax brought in 209 million yen, it says.

In 2015, Akita crafted a plan to stem the demographic decline with steps such as expanding medical subsidies for schoolchildren, providing extra daycare support and helping workers repay student loans. But local residents say it’s hard to revive an aging economy.

“If only we had places people wanted to come, like shops,” said Momoko Takahashi, 33, a Yuzawa native, preparing to open a cafe in October. “Even a big supermarket would help.”

Suga’s family home still stands in a remote part of Yuzawa, empty since his aging mother moved to a nursing home three years ago.

The Akinomiya hamlet was known for its rice fields, and adult male farmers left their families each winter to work in Tokyo to make ends meet – a practice Suga’s father, Wasaburo, helped eliminate by venturing into more lucrative strawberry farming and forming a co-op.