Kashmir is a tinderbox ready to go off, say Speakers 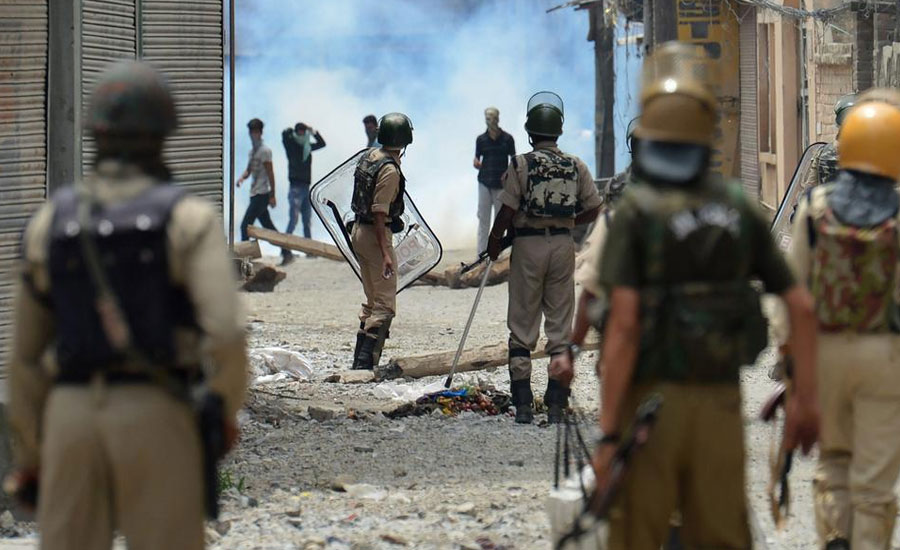 The future of Kashmir cannot be determined by India unilaterally, stated international lawmakers from EU and UK, and affirmed the right of the Kashmiri people as principal stakeholders of the conflict. With UNGA’s 75th session scheduled in days, lawmakers, thought leaders, diplomats and journalists from the EU, UK, India, Pakistan, and IIOJKashmir and Azad Kashmir agreed that the international community must know how Kashmir has become extremely restive since August 5th last year, and this comes with implications for conflict escalation in the region. This was stated at Jinnah Institute’s webinar titled ‘The Future of Kashmir: A Test for Global Multilateralism and Regional Peace’ on September 12, 2020. The session was chaired by Senator Sherry Rehman, President Jinnah Institute, and participants included UK Member of Parliament (MP) Andrew Gwynne, Senior journalist from IIOJK Iftikhar Gilani, Member of European Parliament (MEP) Michael Gahler, former Pakistan Ambassador to the U.S. and E.U. Tariq Fatemi, Indian columnist and former Bharatiya Janata Party (BJP) politician Sudheendra Kulkarni, former MEP Julie Ward and IIOJK-based professor Dr. Siddiq Wahid.

Senator Sherry Rehman said that Kashmir is the oldest issue on the agenda of the United Nations, and must not be forgotten, or treated as an inconvenient regional issue that can be airbrushed away by the international community. Both as a strategic issue, and an international dispute that lies at the faultline between two nuclear countries that have gone to war over Kashmir, the matter cannot be pushed aside or treated as an internal issue of India, especially after the brutal unilateralism that New Delhi has shown. The fact that India refuses to talk about it with Pakistan, and to allow the Kashmiri people to decide their own future is in itself a grave repudiation of fundamental rights, and puts at risk not just the Kashmiri people who have been subject to a cascade of draconian laws in IIOJK that strip them of any justice or rights, but also puts the future of South Asia in jeopardy.

Sardar Masood Khan, President Azad Jammu & Kashmir, in his keynote statement during the webinar observed that the future of Kashmiri people was bleak if the international community does not intervene, urging the UK and EU parliaments to focus on the IIOJK situation before it was too late. President Masood Khan stated that the situation on ground is nothing better than a foreign occupation whose driving force is a fascist Hindutva agenda. The BJP is steering demographic change in a bid to manipulate voter turnout in its favour, and any claims about Pakistan supporting the current freedom are categorically false; they should be seen as attempts to obfuscate the indigenous nature of the uprising. He proposed a move to resolve the Kashmir issue by starting an international rights movement that reached out to Indian civil society, politicians and international partners who recognized and opposed the BJP’s rights violations in Kashmir.

British MP Andrew Gwynne from the Labour Party agreed that the Kashmir needed an international focus and identified the need to re-educate UK citizens on the issue. He saw that Britain was responsible insofar how it left Kashmir unresolved at the time of Partition, and added that his country had a positive role to play as a member of the UN Security Council. “The world cannot afford two nuclear states to enter into a conflict,” MP Gwynne stated during the webinar.

MP James Daly from the Conservative Party highlighted the significance of recognising oppressed Kashmiris’ inalienable right of self-determination. He recounted his visit to AJK in February 2020 alongwith other lawmakers, where his delegation was given free access to interact with citizens at all levels, in order to ascertain the situation on ground. “We were treated with complete openness…unfortunately, our group was not let into India, and we were not able to speak with the Indian government in a free and open manner,” he stated.

Veteran Kashmiri journalist Iftikhar Gilani saw that Kashmiri history, culture and language is being erased by the BJP’s Hindutva onslaught against the Muslim majority state. He stated that the economy and local industry has suffered immensely because of the prolonged lockdown and connectivity breakdowns, leading to socio-economic hardship on top of grave human rights violations. Indian attempts to paint the indigenous freedom movement with the broad brush of militancy and terming it foreign funded was a clear deflection of rights violations, he emphasized, adding that Kashmir was a tinderbox that could “go off at any time”.

Ambassador Tariq Fatemi highlighted that India had reneged on UNSC resolutions and bilateral commitments with Pakistan in abrogating the Article 370. The political and military leadership across Pakistan had offered to resolve the Kashmir challenge, but India had “unleashed terror and genocide” in the restive region. The former SAPM on Foreign Affairs saw clear advantages in dialogue and economic interdependence, but this understanding had been missing on the Indian side, he explained, and resolving issues like Kashmir was difficult without a commonality of interests.

Former BJP politician Sudheendra Kulkarni believed that the acrimonious relationship between Pakistan and India was a remnant of the partition and its aftermath. The abrogation of Article 370 was unconstitutional and unjust, and had transformed the Kashmir issue to one now involving three states; Pakistan, China and India. “The abrogation is a wrong, and one that has to be rectified. Interdependence in the region would help find a solution,” he stated.

German MP Michael Gahler stated that India and Pakistan’s acrimonious past cannot be changed, but to proceed ahead and formulate ways of resolving the challenge, there is need for neutral observers to collect information and report to the international community. It is unfortunate that UN agencies have limited access on the Indian side, but it is also unproductive that Indian and Pakistan regurgitate age-old postures “via loud speaker” at each other. Transparency should be built into the process to enable a degree of confidence among neutral observers. In addition, a people centric approach should be adopted so the affectees of conflict can become the primary beneficiaries of the international support.

Other speakers at the webinar included former MP Julie Ward and Professor Siddiq Wahid of the Islamic University, Kashmir.