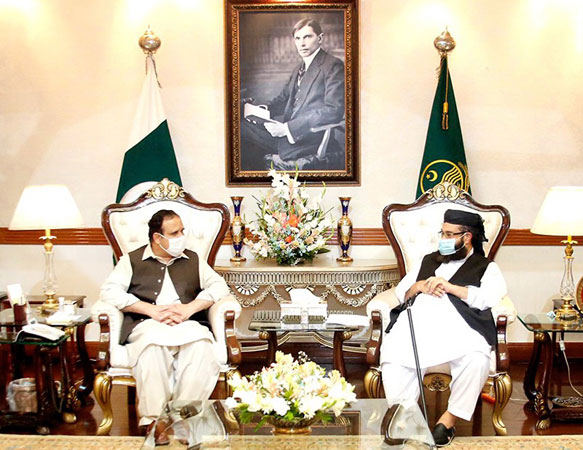 While expressing indignation over the unsatisfactory sanitation situation in some areas of the province and the slothfulness of local bodies staff, he said that one who does not perform has no right to remain on the seat. He warned that the local government staff and officers should not display laxity in solving peoples’ problems. He said that local government funds have been restored throughout the province which will help to start a new era of development at the grassroots level.

He said that provincial government is preparing for the local bodies elections as the transfer of powers at grassroots will ensure the solution of people problems at their doorsteps. Chief Minister directed to accelerate the process of promotion of local bodies sub-engineers as well as expedite the process of recruitment on the vacant posts of buildings inspectors at the earliest.

He said that the facility of filling the forms should be provided to illiterate people in local bodies offices. Secretary Local Government briefed the attendants of the meeting about the preparations of elections and other affairs. Provincial Minister for Law Raja Basharat, Chairman P&D, Secretaries of Finance, Law, Local Government departments, Principal Secretary to CM and others were present on this occasion.

Separately, head of Pakistan Ulema Council Maulana Tahir Mahmood Ashrafi called on Chief Minister Sardar Usman Buzdar at CM’s Office. Ashrafi congratulated Usman Buzdar on the completion of two years of PTI government. The Chief Minister told Maulana Tahir Ashrafi about the major projects of Punjab government. Talking on the occasion, Usman Buzdar said that the Punjab government appreciates the role of religious scholars for the promotion of religious harmony in the province as they have extended full cooperation during Muharram-ul-Haram to deal with religious bigotry. He also lauded the role of religious scholars in the war against extremism.

He said that no one will be allowed to spread sectarian and hateful content on social media. Usman Buzdar said that he considers the meeting and consultation with religious scholars as an honour. The Auqaf Department in Punjab is being made more vibrant. The government will ensure the provision of Sehat Insaf Card to the students and teachers of the madrassas, he added.

He said that by the grace of Allah Almighty, our brave forces have foiled the nefarious designs of the enemy in the past and will continue to do so in the future as well. All three Armed Forces of Pakistan are professional forces and are always vigilant in defending the beloved homeland. He said that the courage and unparalleled bravery displayed by Pakistan Air Force in the 1965 war has been written in golden words. The Pakistan Air Force is one of the best air forces in the world and the nation is proud of it.