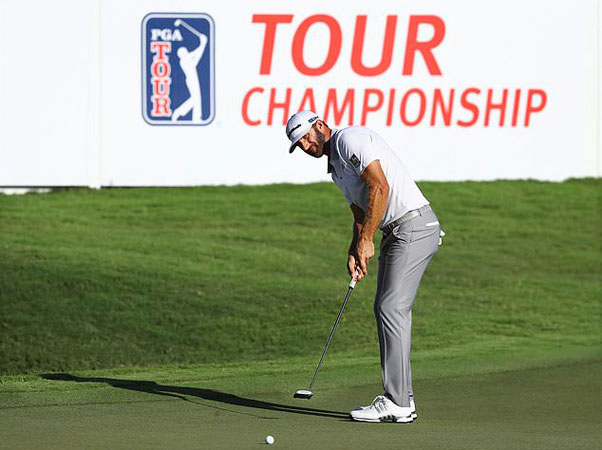 ATLANTA: The final hole at East Lake brought two strange sights Saturday at the Tour Championship. First, Rory McIlroy hit a shot that toppled out of thick rough right into the water in front of him, a distance laser cameras estimated at 85 feet, 8 inches, not accounting for how far it sank to the bottom. Then, Dustin Johnson reached his drive and could see the entire golf ball in the grass. It was in the first cut, sure, but a relief considering he didn’t hit a fairway over the final three hours. It was a rare green light for Johnson, and he hit 5-iron to 30 feet for a two-putt birdie and an even-par 70, allowing to escape with a one-shot lead over Sungjae Im at the halfway point of the chase for the FedEx Cup and the $15 million prize. Johnson headed straight to the range to try to figure out why he hit only two fairways, though he was satisfied to have so few chances and still stay in front. “Two different golf courses if you´re playing from the fairway or playing from the rough,” Johnson said.