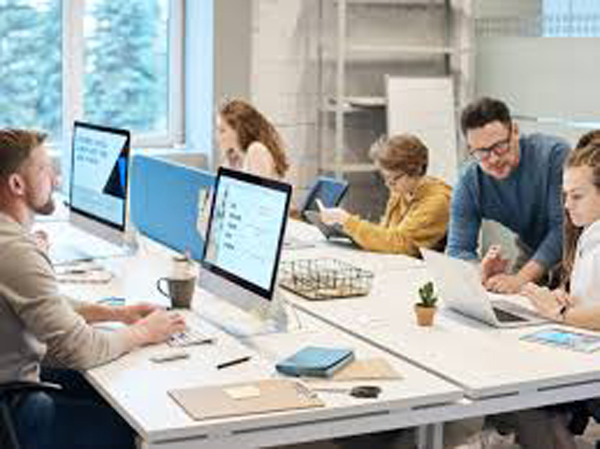 Joining a new company can be tough at the best of times, with bosses to impress, skills to learn and new colleagues to befriend.

But that task becomes a whole lot harder when the “onboarding” is done during a pandemic that has forced millions to work from home, leaving new hires to judge colleagues on their taste in curtains and conduct on Zoom.

The companies that get it right should have an expanded, grateful workforce, but get it wrong and new hires could find it hard to develop team spirit or a sense of belonging to the firm.

One young trader hired by a major European bank as the British lockdown began said remote working had made corporate culture even tougher to navigate.

“It’s not exactly easy for your new boss to explain the specifics of office politics to you without putting their foot in it,” she said, declining to be named due to company policy.

“It does feel like it’s taking longer to feel loyalty to my new employer than it might have otherwise. I feel loyal to the team but not to the wider bank.”

A new joiner at a different, London-based bank said his interviewers had appeared to study his bookshelves and photos while asking questions, and that he does not expect to meet his colleagues in person until next year, although he joined in May.

For Sam Thompson, who joined money saving and investment app MoneyBox, a lack of face-to-face contact did make some early interactions with colleagues feel more transactional. But he appreciated the lengths the company has gone to to make it work.

“We’ve been getting Deliveroo vouchers and we’ve been sitting around our computers while talking to one another and having lunch,” he said. “It’s probably the best induction into a company that I’ve ever had,” said the Quality Assurance Engineer, who has had several jobs in six years in the industry.

Founded in 2016, MoneyBox has taken on 35 new hires during the lockdown to a total headcount of 135. It initially held off from filling roles requiring interaction with multiple teams, such as developers, Jack Johnstone, head of HR and talent, said, but overcame those fears.

Its approach mirrors those of major banks including Standard Chartered, Citi and Deutsche Bank, which have all rapidly redesigned their interview and orientation process.

Once a new hire is appointed, MoneyBox and the banks send out a joining manual or welcoming video along with the required technology.

Virtual face-to-face meetings are held much more regularly with managers, buddy partners are formed with existing staff and an array of tech platforms are used to maintain communication.

Meetings with different teams and online social events are encouraged to help staff build broader networks and replicate the ‘chance meetings’ they may have had in canteens and lifts.

“Some people find it easier to talk and connect when they are not `at work´,” he said. “We want to humanise this situation for everyone.”

Professor Nicholas Bloom at Stanford University said new hires unable to meet colleagues in person would struggle with unspoken rules – from how many hours people really work to when to take a break and what to wear.

For graduates, who often work long hours when joining banks or big law firms, that poses another risk. “At home it generates a strong incentive for over-communication, so endlessly sending unnecessary emails and slack messages just to highlight the fact that you’re still there,” Bloom said. Still, McKinsey Partner Alexander DiLeonardo said new hires have to work harder to network. “When you aren’t sitting next to your new colleagues or outside your supervisor´s office, you have to be intentional about reaching out,” he said.