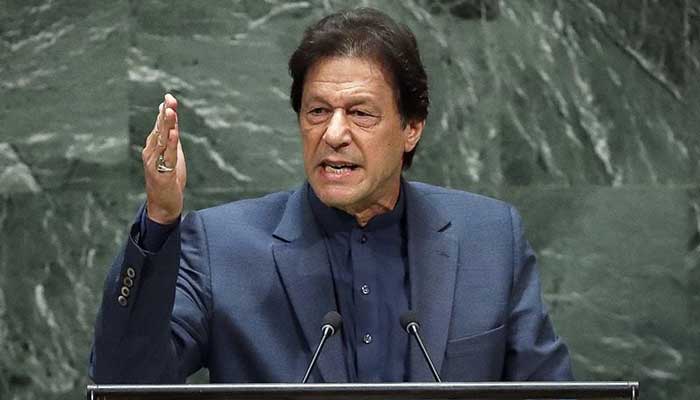 Due to the coronavirus epidemic, world leaders are likely to deliver their speeches by video at this year UN General Assembly’s session, set to be held for eight days from September 22 to September 29.

According to the list of speakers officially released on Tuesday, Imran Khan will be the 6th speaker in the afternoon session of UN General Assembly 75th session.

Indian Prime Minister Narendra Modi is scheduled to speak on September 26 a day after the Pakistani leader’s address. US President Donald Trump is set to address on the morning of September 22, the opening day of the general debate which will run through Sept 29. The US is traditionally the second speaker in the high level debate after Brazil.

The President of the General Assembly Tijjani Muhammad Bande said last month that each Member State, Observer State and the European Union was invited to submit a pre-recorded video delivered by its designated high level official which will be played in the General Assembly Hall. Speeches will be limited to 15 minutes.