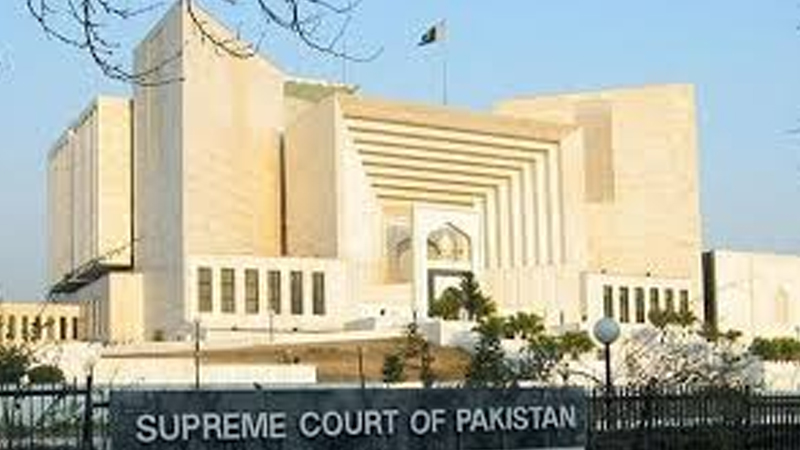 The Supreme Court on Wednesday temporarily suspended a Sindh High Court (SHC) decision which had declared the Sugar Inquiry Commission report null and void. The commission was formed by the federal government to probe the recent crisis of the commodity in the country.

A three-member bench, headed by Chief Justice Gulzar Ahmed and comprising Justice Ijazul Ahsan and Justice Mushir Alam, heard a petition filed by the federal government, in which the Centre had challenged the SHC ruling. The federal government argued that the high court had quashed the notification of the sugar inquiry commission’s constitution on purely technical grounds. The petition further said that the federal cabinet had approved the summary for the appointment of all commission members.

The SHC had declared the Sugar Inquiry Commission report – relating to the increase in the sugar prices across the country – null and void on August 17, directing the FBR, FIA and NAB to launch independent investigations into the matter.

During the hearing on Wednesday, the apex court ruled that it would hear the Centre’s appeal against the SHC’s decision and also issued notices to 20 sugar mills in Sindh as well as other parties in the case. During the hearing, Justice Ahsan said that experts of different fields should have been included in the commission but they were not. Attorney General (AG) Khalid Jawed Khan said the purpose of the commission was not to suggest a punishment, as further investigation in the matter would have been held by the relevant departments.

Taking note of the grounds on which the high court had based its ruling, the chief justice said that a notification of the commission’s constitution had not been issued. The AG responded that the notification was issued but it was published late in the gazette.

AG Khan told the bench that the SHC, in its verdict, had said that a member from the Inter-Services Intelligence (ISI) was added in the commission later. This observation was wrong, Khan said, arguing that the ISI member had been appointed at the same time as the other members but the federal cabinet issued the approval of his appointment a day later.

The court suspended the high court’s ruling temporarily and issued notices to all respondents, which include 20 different sugar manufacturers. Adviser to the prime minister Shahzad Akbar is also a party in the case. The hearing was adjourned indefinitely.

Last month, the SHC had declared both the commission and its inquiry report as illegal and had listed eight reasons for quashing the report, including the ‘failure to follow mandatory rules of business” and “the failure to gazette the notification of the commission within due time’. It had said that the commission’s constitution was ‘incomplete’, ‘biased’ and denied the petitioners the opportunity to be heard. Furthermore, the court had noted the ‘prejudice caused to the petitioners by the report, the action plan and letters which were sent by the adviser on accountability and interior to various statutory bodies and violation and interference in the relevant schemes of law and the Constitution by the executive’. The written verdict issued by SHC had urged NAB, the FIA and the FBR to find out if anyone was given ‘illegal or unjust subsidy’.

The Sugar Inquiry Commission report had laid bare some startling revelations about how the price of sugar was fixed, how exports of the commodity were faked to avail rebates on sales taxes, and how billions of rupees were overcharged by sugar mills owners. According to sources, the report mentioned in depth how the amount of sugar exported to Afghanistan was routinely inflated to show as if 75 tonnes of the commodity were being exported per truck. However, this was barely possible, given that the maximum capacity of a truck, even when overloaded, does not exceed 30 tonnes.

The scam also seemingly had another purpose: laundering money. If sugar was being exported to Afghanistan, the payment should also be coming in from the same country. However, it was found by the commission that many sugar mill owners were receiving telegraphic transfers for payments for sugar sold to Afghanistan from the US and Dubai, therefore seemingly whitening money and earning dollars at the same time.

Another important finding highlighted in the report was that the sugar mills paid an estimated Rs 22bn in taxes to the government of Pakistan, but out of that total amount, Rs 12bn was reclaimed in rebates. Hence, the net contribution was close to around Rs10bn.