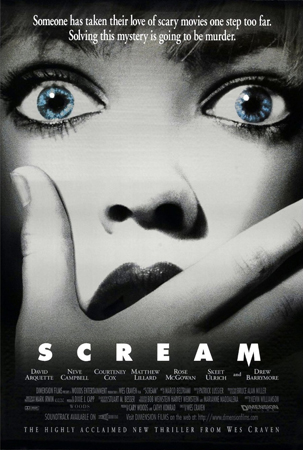 The reboot of Courteney Cox’s ‘Scream’ will be hitting the theatres on January 14, 2022, the Paramount Pictures announced. With the announcement of ‘Scream’ reboot’s release, Paramount has also pushed back the release of the other three of its titles, reported Variety. The ‘Friends’ actor will be reprising her role of the news reporter Gale Weathers in the reboot along with actor David Arquette who will be playing Sheriff Dewey Riley, which he portrayed in the original film. According to Variety, the Spyglass Media Group and Paramount said the shooting of the film is expected to begin later this year in Wilmington. The film is being helmed by directors Matthew Bettinelli-Olpin and Tyler Gillett, while its script is being written by James Vanderbilt and Guy Busick. Paramount also announced that it is pushing the release of three of its titles — ‘Snake Eyes,’ ‘Clifford the Big Red Dog’ and an untitled ‘Paranormal Activity’ movie — by a year.