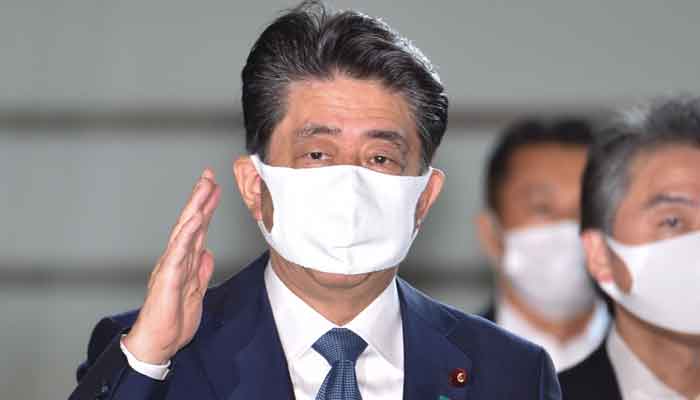 Japan’s longest-serving prime minister, Shinzo Abe, said Friday he is stepping down because a chronic health problem has resurfaced. He told reporters that it was “gut wrenching” to leave many of his goals unfinished.

Abe has had ulcerative colitis since he was a teenager and has said the condition was controlled with treatment. Concerns about his health began this summer and grew this month when he visited a Tokyo hospital two weeks in a row for unspecified health checkups. He is now on a new treatment that requires IV injections, he said. While there is some improvement, there is no guarantee that it will cure his condition and so he decided to step down after treatment Monday, he said.

“It is gut wrenching to have to leave my job before accomplishing my goals,” Abe said Friday, mentioning his failure to resolve the issue of Japanese abducted years ago by North Korea, a territorial dispute with Russia and a revision of Japan’s war-renouncing constitution. He said his health problem was under control until earlier this year but was found to have worsened in June when he had an annual checkup. “Faced with the illness and treatment, as well as the pain of lacking physical strength … I decided I should not stay on as prime minister when I’m no longer capable of living up to the people’s expectations with confidence,” Abe said at a news conference.