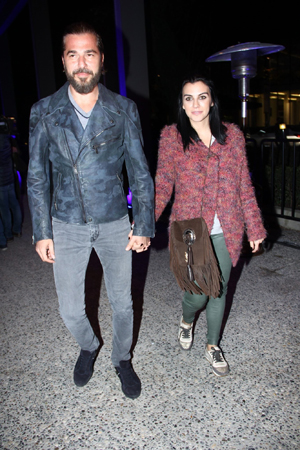 Turkish star Engin Altan Duzyatan, who essays the lead role of Ertugrul in historic drama series Dirilis: Ertugrul, and wife Neslisah Alkoclar celebrated their sixth wedding anniversary on Friday and showered love on each other.

Engin turned to Instagram and shared a loved-up photo with wife Neslisah Alkoclar and showered love on her.

He mentioned 28.08.2014, the date of their wedding in the caption with heart emoticons and wrote in Turkish language “kelimeler kifayetsiz.”

Neslisah Alkoclar also took to photo-video sharing app and posted a PDA-filled photo with Engin Altan Duzyatan. She penned down a heartfelt note for hubby in Turkish language and extended love to him.

She also mentioned the date of their wedding saying “6 years”.

The couple also recently celebrated the second birthday of their daughter Alara and shared adorable photos with the fans.