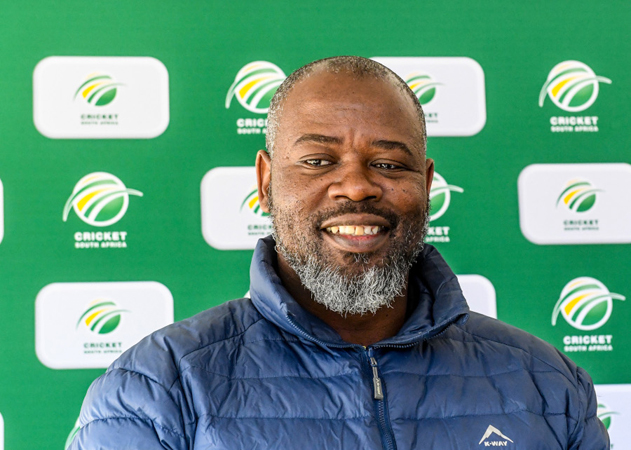 CAPE TOWN: Cricket South Africa has fired former CEO Thabang Moroe with immediate effect, almost nine months after he was suspended in December 2019. Moroe was sacked after an independent forensic investigation revealed he had “committed acts of serious misconduct.” He is expected to challenge this outcome in court. This brings to three the total number of former CSA staff who are contesting their dismissals. Former chief operating officer Naasei Appiah, who was fired earlier this month and former head of sales and sponsorship Clive Eksteen, who was fired in June, have taken their cases to the labour court and the commission for conciliation, mediation, and arbitration respectively.

Kugandrie Govender, who was named acting CEO last Wednesday, will continue in the position while CSA search for a more permanent solution. Govender replaced Jacques Faul, who stood down last Monday, after being in the position since Moroe was suspended. Faul has returned to his role as CEO of the Titans franchise. The conclusion of Moroe’s matter brings to an end only part of the administrative crisis at CSA. The organisation is also without an elected president after Chris Nenzani resigned three weeks before his term was due to end and have lost one of their five independent directors after Steve Cornelius stood down last week. Those positions will be filled at CSA’s AGM which is due to take place on September 5.

What is unclear is whether the full forensic audit which resulted in Moroe’s being sacked will be made available to CSA’s members’ council (the body made up of the 14 provincial presidents with the highest decision-making powers) or to the public. In July, Nenzani said that “key parts,” of the report would be made public but CSA have not indicated if that remains the case. That means, for now, the exact reasons for Moroe being sacked have not been listed by CSA, who only confirmed that Moroe’s offences were serious enough to warrant immediate dismissal, without the need for a disciplinary hearing.

Among the evidence against Moroe was credit card misuse. Along with the revocation of the accreditation of five journalists, misuse of CSA’s step-in rights over provincial unions which led to the Western Province Board being disbanded and CSA’s increasingly poor relationship with the South African Cricketers Association (SACA), Moroe’s position was deemed untenable and he was dismissed without CSA holding a disciplinary hearing. CSA made the decision to sack Moroe after two meetings in which Moroe was afforded a chance to offer explanations over the findings of the investigation.

“Mr Thabang Moroe was offered sufficient opportunity to provide representations to the independent forensic auditors and to the Board regarding the allegations of misconduct, which opportunity he failed and/or refused to utilise,” CSA’s statement on Thursday read. Having now sacked Moroe, CSA will be able to stop paying his salary, which amounted to R356,000 per month (US$20,877) and which Moroe has been receiving throughout his suspension. Moroe was confirmed CSA CEO in July 2018, on a three-year contract which would have run until 2021.