Trump’s convention gives platform to some with fringe views 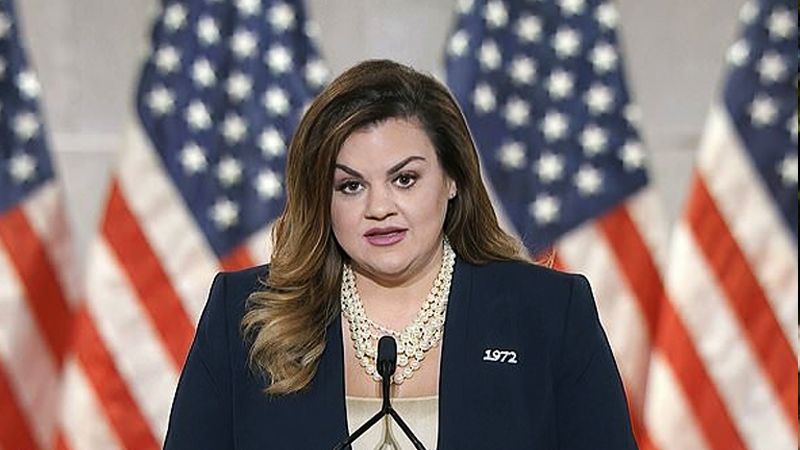 An advocate of “household voting” in which husbands get the final say. A woman who has argued that school sex-ed programs are “grooming” children to be sexualized by predators like Jeffrey Epstein. A candidate who has peddled in racist tropes and bizarre QAnon conspiracy theories.

President Donald Trump has long surrounded himself with controversial characters who hold out-of-the-mainstream views. But the decision by the party to elevate some of those figures by featuring them in prime-time spots at the Republican National Convention or inviting them to witness this week’s events is drawing new scrutiny.

Trump’s comfort with the far-right fringe got uncomfortable for his party on Tuesday. At the last minute, Republicans pulled a prerecorded speech by “Angel Mom” Mary Ann Mendoza from the program, after she fired off a now-deleted tweet directing her followers to a series of anti-Semitic, conspiratorial messages. Mendoza, whose son was killed in 2014 in a head-on collision with a drunken driver living in the U.S. illegally, had recorded remarks highlighting the president´s fight against illegal immigration. But her spot was pulled after the Daily Beast reported that she had promoted a thread from a QAnon conspiracy theorist that was rife with anti-Semitism, an incoherent theory about the assassination of President John F. Kennedy and a claim that the Titanic was sunk to kill opponents of the Federal Reserve. Mendoza, who has made frequent appearances at the White House and Trump campaign events along with other “Angel Moms,” apologized for the tweet, writing that she had “retweeted a very long thread” without having read every post and said it didn’t reflect her “feelings or personal thoughts whatsoever.”

But the campaign pulled the plug anyway. “We have removed the scheduled video from the convention lineup and it will no longer run this week,” Trump campaign spokesperson Tim Murtaugh said in a statement.

“We are pleased that convention officials took prompt action to make sure the convention reflects who we are and our values as a party,” he said.

Not pulled from the schedule was anti-abortion activist Abby Johnson, whose past controversial comments have surfaced in recent days, along with questions about her journey from working at Planned Parenthood to her current advocacy.

In May, Johnson advocated for something called “household voting” in which each household is given a single vote, and said that, if differences arise, women should defer to their husbands.

“In a Godly household, the husband would get the final say,” she wrote. Johnson also posted a video on YouTube in June in which she said she would be fine with police profiling her adopted biracial son when he´s older because “statistically, my brown son is more likely to commit a violent offense over my white sons.”