Tree plantation drive being carried out in Cholistan 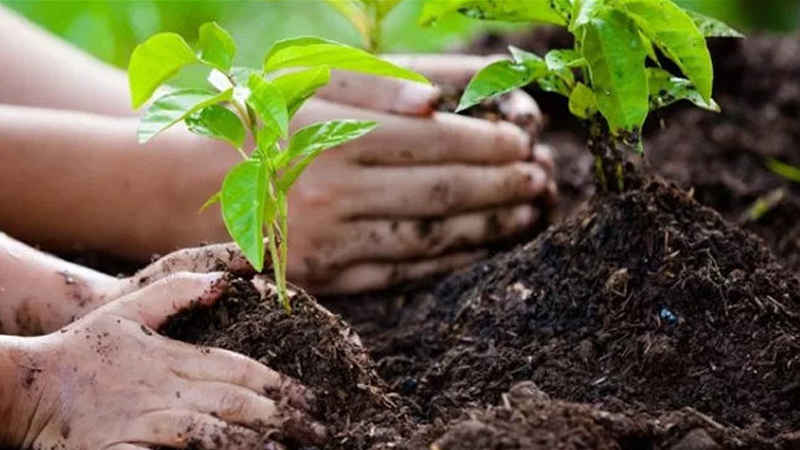 The late President of UAE His Highness Sheikh Zayed Bin Sultan Al Nahyan (May his soul rest in peace) was known worldwide for his historic stands and contributions to Humanitarian Causes and Environmental Issues.

His Highness Sheikh Zayed Bin Sultan Al Nahyan in his own country charted a course to return the desert to its greener origins by increasing the number of trees, farms and palm orchards. His primary motive was to offset the effects of desertification, a process in which desert sands drift onto plantations and farms and stifle the growth of crops, desertification spelled bad news and in implementing his vision, he changed the face of the UAE and gave the country an environmental conscience.

The late President of UAE, considered Pakistan as his Second Home and therefore he implemented his vision by undertaking a tree-plantation project in Cholistan Desert, Rahim Yar Khan that began in the year 1987. The plantation areas were selected namely Shadiwala Dhar and Nawab Wala Toba each with an average area of 1 square Kilometer, in which more than 3172 different variety of trees planted, which were chosen carefully and assessed for their ability to survive in the harsh summer climate of the region, with greater emphasis on local specie. As for sustainable development, His Highness Sheikh Zayed Bin Sultan Al Nahyan once said: “On land and in the sea, our forefathers lived and survived in this environment. They were able to do so only because they recognized the need to conserve it, to take from it only what they needed to live and to preserve it for succeeding generations.”

Over the years, drought, dry weather and intense heat have had a telling effect on the plants. Consequently, re-plantation has been carried out this month. In order to rejuvenate the plantation, a Tree Plantation drive is also being carried out during the monsoon season in August 2020 to replace the old / dead trees.